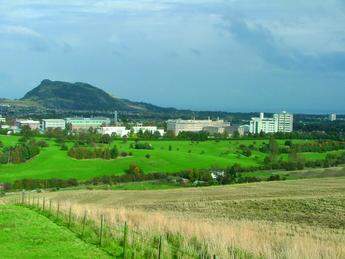 Spread over nine weeks of the first semester, the students are formed into interdisciplinary groups and they embark on a project which will lead to the preliminary design and economic assessment of a small grid-connected hydroelectric project in Scotland. Students are taken from Electrical and Electronic, Mechanical, Civil and Architectural and Structural Engineering courses. They meet formally once every week at which time they are given salient details of the project and guidance in certain key aspects of a hydroelectric scheme.

As the project work develops, each group will be giving progress reports and indications of how their programme of work will be maintained. Much of the project will be in the hands of each group to ensure that all aspects are covered and investigated and that they are keeping abreast of their action plans. The project is made as real as possible so that accurate assessments are made and a realistic economic model developed.

The hydroelectric site is presented as an actual river from which the landowner wishes to develop income from a grid-connected run-of-river scheme. Each team must study hydrology and topography to locate intake and powerhouse. Working as an interactive group, equipment selection and optimisation is to be carried out together with civil designs, overall control scheme and grid / network connection. The final report will be as close as possible to a commercial feasibility study to the point at which a developer could approach funding agencies.

The Royal Academy of Engineering has been developing its links with universities throughout the United Kingdom on this type of initiative for the past fifteen years. It is their ‘Visiting Professors’ programme which is supporting this project at the University of Edinburgh in the first year of a new phase. Two pilot projects are being offered at Edinburgh this year, one of which is the hydro power design project and the other covers water treatment. The main requirement is that the projects are inter-disciplinary which, although creating immense timetabling challenges, ensures that students become aware of and experience the importance of working closely with other specialist engineers on major engineering projects.

The Visiting Professor for the hydro power project is British Hydropower Association Council Member, David Williams, who works in collaboration with Dr Ewen Macpherson, Dr Gareth Harrison and other members of the School of Engineering & Electronics at the University of Edinburgh. For further information, contact David Williams via email: dawilliams46@supanet.com