In a wide-ranging infrastructure development package, the UK government said that EDF’s proposed EPR project at Hinkley Point C would be eligible for a loan guarantee. 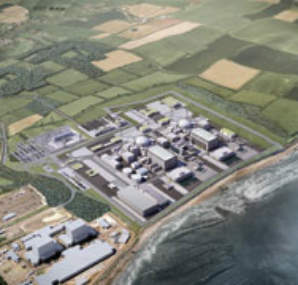 In a wide-ranging infrastructure development package, the UK government said that EDF’s proposed EPR project at Hinkley Point C would be eligible for a loan guarantee.

This financial guarantee would back up the multi-billion investment cost, including interest, required of private financiers, in an attempt to help push the project forward. In the USA, government loan guarantees were offered to the Vogtle and Summer nuclear new-build projects.

The government also announced plans to extend the guarantee scheme by two years to December 2016.

One of the key issues holding up the launch of Hinkley Point C construction is negotiation over the ‘strike price’, which will apply not only to renewables but also to nuclear. The government said:

Investments in low-carbon generation technologies such as renewables, nuclear and carbon capture and storage will in future be underpinned by the new long-term, legally binding Contracts for Difference (CfDs). For the first time these provide generators with protection from fluctuations in the wholesale electricity price, which provides much greater certainty about future revenues. This reduces risk and helps lower the cost of capital. They will also protect consumers from high bills by clawing back money from generators if the market price of electricity rises above the strike price. The arrangements for implementing CfDs are currently in front of Parliament in the Energy Bill."