UK government needs a ‘plan B’ should nuclear fail

UK government ministers must urgently develop a back-up energy strategy in case the UK fails to build a fleet of new nuclear power stations, warns a new report from the Energy and Climate Change Committee. 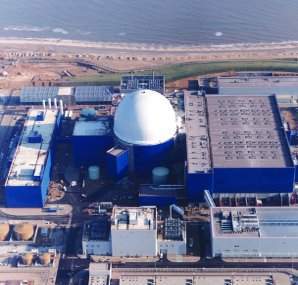 The report, ”Building New Nuclear: the challenges ahead,’ released 4 March, warns that without the 16 GW of new nuclear capacity planned for 2025 it will be "extremely difficult" and "potentially more expensive" for the United Kingdom to meet its low-carbon obligations.

In 2012, UK nuclear power plants accounted for almost 21% of the country’s electricity production and around 70% of its low-carbon energy production (provisional statistics from DECC). All but one of the UK’s 16 operable reactors (Sizewell B, pictured) are due to close by 2023.

"Given the delays and problems that have dogged nuclear new build projects in neighbouring European countries it is worrying that the Government does not have any contingency plans in place for the event that little or no new nuclear is forthcoming," the report states.

The report also notes that the lack of new nuclear build could have an impact on energy security, with the UK turning to increased use of gas to make up the energy shortfall. It warns that if this tranche of new nuclear projects is not successful, it could undermine investor confidence, making it difficult (or impossible) to finance any subsequent attempts at nuclear new build in the UK.

"The Government seems to be crossing its fingers that private companies will deliver a fleet of new nuclear power stations on time and on budget," commented Tim Yeo, chair of the committee.

"Ministers need to urgently come up with a contingency plan in case the nuclear industry does not deliver the new power stations we need," he said.

The report also expresses support for the contracts for difference (CfDs) mechanism to help finance new nuclear power plant construction, but called for more transparency in the process.

"It is disappointing that there is still so little transparency about the on-going negotiations between the Government and developers of new nuclear power stations," Yeo said.

"Government needs to provide more clarity about exactly what forms of support new nuclear projects will receive and whether consumers, taxpayers or project developers will have to cough up if construction costs end up being higher than anticipated."

Pictured: The Sizewell B pressurized water reactor is the only UK reactor that plans operate beyond 2023