TEPCO has decided to decommission the two undamaged reactors - units 5&6 - at its Fukushima Daiichi nuclear power station in Japan, quashing hopes that they might restart. 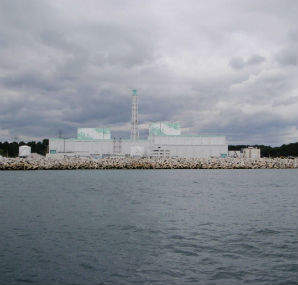 TEPCO has decided to decommission the two undamaged reactors – units 5&6 – at its Fukushima Daiichi nuclear power station in Japan, quashing hopes that they might restart.

TEPCO has applied to the Ministry of Economy, Trade and Industry (METI) to decommission Fukushima 5&6 from 31 January 2014. However, it is considering using the units as ‘full-sized mock-ups’ to test remote technologies that could be used for inspection and clean-up of the damaged reactors on site.

Work to develop remote decontamination devices for use inside the reactor buildings and to inspect the inside of primary containment vessels is to be carried out between now and early 2015, according to the mid- to long-term decommissioning roadmap. Examples of decontamination systems that will be developed include: a high-pressure washing device; a dry-ice blasting device and a blasting/suction recovery device, TEPCO said.

The development of robots to access the inside of a primary containment vessel and equipment to remove fuel debris will be carried out from 2015 to early 2020.

TEPCO said it would be advised by research institutions, including the International Research Institute for Nuclear Decommissioning (IRID), and manufacturers on its plan to use units 5&6 to verify and test any equipment developed.

Fukushima Daiichi units 5&6, which were under periodic inspection at the time of the earthquake in March, 2011, were able to achieve cold shutdown and escaped major facility damage.

With TEPCO’s decision not to restart units 5&6, all six units (4696 MW) at the Fukushima Daiichi site will be decommissioned. Units 1 to 4 were permanently closed on 19 April 2012. The financial implications of the decision to decommission units 5&6 are not yet known.

Over the 42 years since unit 1 started operation in March 1971, TEPCO said that the six-unit Fukushima Daiichi nuclear power station had generated 934 TWh of electricity. This is more than the total electricity production in Japan in 2012, which reached 825.2 TWh, according to the International Atomic Energy Agency.