Sellafield Limited was fined £700,000 and ordered to pay £72, 635 in costs at Carlisle Crown Court for sending several bags of radioactive waste to a landfill site in Cumbria. The bags should have been sent to a specialist facility that treats and stores low level radioactive waste. 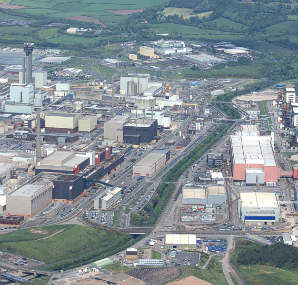 Sellafield Limited was fined £700,000 and ordered to pay £72,635 in costs at Carlisle Crown Court for sending several bags of radioactive waste to a landfill site in Cumbria. The bags should have been sent to a specialist facility that treats and stores low level radioactive waste.

Carlisle Crown Court heard that a number of significant management and operational failings at Sellafield Limited led to the incorrect disposal of the waste at the Lillyhall landfill site in Workington. This breached the conditions of Sellafield’s environmental permit and the Carriage of Dangerous Goods and Use of Transportable Pressure Equipment Regulations.
Sellafield found the error was caused by the wrong configuration of a new monitor which passed the bags as ‘general’ waste making them exempt from strict disposal controls.

A Sellafield statement said that it regretted the incident. "We identified a problem with the waste monitoring machine and immediately suspended the disposal of bagged process waste from the site and began an in-depth internal investigation." It added: "Following the event, before waste operations were re-introduced on the site additional monitoring measures were put in place to prevent an incident of this type happening again."

The bags were retrieved from the landfill and returned to Sellafield for correct disposal.  Extensive reassurance monitoring was carried out by a number of organisations, including the Environment Agency, Waste Recycling Group Limited (operators of the landfill at the time) and Sellafield Limited,which confirmed that there was no contamination left at the site or on the landfill equipment and no harm was caused to the environment or the public.

The Sellafield statement said that the health risk posed by the accident was essentiallly negligible.

The Environment Agency and ONR carried out a thorough investigation and have taken action to minimise the chances of this type of incident happening again, including working together to ensure Sellafield makes further improvements to its leadership and management systems, the shortcomings of which were highlighted in this event.

In summing up, the judge hearing the case recognised that the mistakes indicated basic management failures and in this type of industry, it should not be the case that lessons were learnt after the event.

The Sellafield statement said that the incident goes against current safety trends. "Safety is, and always will be, our number one priority at Sellafield. We have an improving industrial safety record, in 2012 we had the best ever lost time accident rate, International Nuclear Event Scale (INES) events are at a historic low, there has been an overall reduction in contamination events and environmental discharges remain at a significantly lower percentage of permitted levels."