The UK government body in charge of fuel cycle operations and cleanup of the Sellafield nuclear site has admitted that performance has been mixed, it said in its annual report published in late June. 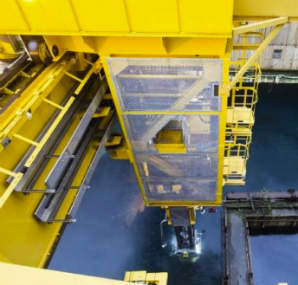 The UK government body in charge of fuel cycle operations and cleanup of the Sellafield nuclear site has admitted that performance has been mixed, it said in its annual report published in late June.

The site, which consumes £1.6 billion, more than half of the NDA’s total annual expenditure, is its top priority, said NDA chief executive John Clarke. "It is the world’s most complex nuclear site with unprecedented challenges. Against this background, performance in the year has been mixed with some notable milestones achieved on legacy ponds and silos balanced by some disappointing project cost increases and schedule slippages together with operational performance impacted by unreliable plant."

In the report, he said that Sellafield operational performance has been disappointing. "Magnox fuel reprocessing has been hampered by unreliable plant, much of which dates back 50 years," he said, raising doubts about whether it will be possible to finish the programme as scheduled in July 2012’s Magnox Operating Programme 9. The THORP plant has had a ‘mixed’ year, with an unplanned outage affecting operations. He added that performance at the Vitrification Plant has been below expectations but plans are in place to bring about improvements.

He said that one of the NDA’s main priorities is the First Generation Magnox Storage Pond. This pond dates from the 1960s when it was built to store spent fuel from the Magnox stations. Over the years the pond has accumulated large quantities of waste material, including sludge from corroded fuel cladding, fuel fragments, skips and debris. There have been two important developments there. A new pipe bridge connects the pond to a treatment plant, allowing radioactive sludge to be moved for the first time. This pipe-bridge will allow the sludge to be transferred to the new Sludge Packaging Plant where it will be stored before being immobilised in boxes for long-term storage. The focus can now switch to retrieving fuel from the pond, scheduled to begin in 2015/2016. A skip-handling crane that was once condemned as unfit for use has been brought back into service after a painstaking, complex refurbishment lasting many years. The crane straddles the pond and is used to move around skips of spent fuel, waste and equipment. Refurbishment of the supporting steelwork and rails for the skip handler to run on took two years and involved over 300 workers. A new control system was also installed in the original machine and new, enhanced tooling was designed and manufactured.

Two critical UK government reviews of Sellafield have also increased pressure on the NDA. In the report, chairman Stephen Henwood said, "The Executive team has faced a challenging year that has seen intense scrutiny in West Cumbria and more widely. Given the significance of our mission and the large amounts of public money we strive to put to good use we expect and welcome this scrutiny as part of the process that holds us to account. We welcome the National Audit Office (NAO) acknowledgement of the immense difficulties presented by Sellafield’s historical legacy areas and the action being taken by the NDA to address points raised both by the NAO report and subsequent [House of Commons] Public Accounts Committee (PAC) findings. The focus was, quite rightly, on those ageing facilities that pose the greatest risk and are already the subject of our urgent attention."

In May, the UK government responded to those criticisms of increasing costs and delays by agreeing to their six main recommendations and setting targets.

The Public Accounts Committee report’s conclusions, published in February 2013, are summarized here:
1. The lifetime plan for Sellafield may be more credible than previous plans but it is still not clear that it is sufficiently robust.
2. Basic project management failings continue to cause delays and cost increases to critical risk reduction projects and programmes.
3. Because of the uncertainty and delivery challenges at Sellafield, taxpayers currently bear almost all of the financial risk of cost increases and delays.
4. The level of ‘savings’ achieved at Sellafield is central to the Authority’s decisions on contract renewal and the performance fee paid out each year, but such savings figures can be overstated.
5. The Authority has not been able to demonstrate what value it is getting for the payments made to Sellafield Limited.
6. It is not clear what wider economic benefits have been achieved from the enormous quantity of public money spent at Sellafield.

The annual report was more positive about other areas of NDA control, including finishing defuelling of Capelcross and Dungeness A sites, agreement to close Winfrith and Harwell research sites earlier than expected to save money, among other developments.