Southern California Edison (SCE) has announced that it will permanently retire Units 2 and 3 of its San Onofre Nuclear Generating Station (SONGS) in California. 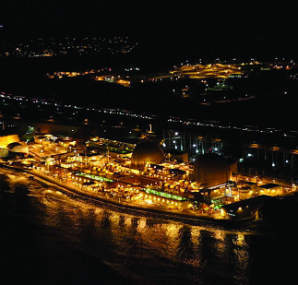 Southern California Edison (SCE) has announced that it will permanently retire Units 2 and 3 of its San Onofre Nuclear Generating Station (SONGS) in California.

The pressurized water reactors, which have been out of service since January 2012, after the discovery of excessive tube wear in the replacement steam generators, started up in 1982 and 1983. Over their lifetimes they have generated a total of 454 TWh of electricity, operating at lifetime load factors of 74.2% and 73.5%, respectively.

SCE blamed "uncertainty" surrounding the approval for the restart of SONGS 2, which could take more than a year. Moreover, it said that it would be "uneconomic" for SCE and its customers to bear the long-term repair costs for returning the station to full power operation without its restart.

The utility said that in October 2012 it came up with a plan to restart unit 2 at a reduced (70%) power level for an initial period of around five months. That plan has been under review by the US Nuclear Regulatory Commission for eight months, but there are still some technical questions outstanding.

In a statement SCE said:

"A recent ruling by an adjudicatory arm of the NRC, the Atomic Safety and Licensing Board, creates further uncertainty regarding when a final decision might be made on restarting Unit 2.

"Additional administrative processes and appeals could result in delay of more than a year. During this period, the costs of maintaining SONGS in a state of readiness to restart and the costs to replace the power SONGS previously provided would continue.

"Moreover, it is uneconomic for SCE and its customers to bear the long-term repair costs for returning SONGS to full power operation without restart of Unit 2.

"SCE has concluded that efforts are better focused on planning for the replacement generation and transmission resources which will be required for grid reliability."

SCE said that it anticipates reducing staff at the site over the next year from approximately 1500 to 400. It also said that it intends to pursue recovery of damages from Mitsubishi Heavy Industries, the supplier of the replacement steam generators, as well as recovery of amounts under applicable insurance policies.

The US regulator said Friday 7 June, that SCE has not formally notified the NRC of its intention to shut down the two-unit site.