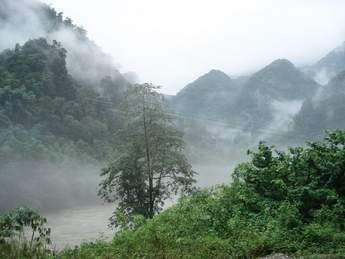 As part of the investigations, eight boreholes with depths from 50m to 150m are to be drilled at the project site. The work is expected to be completed before the start of the monsoon season in May, which means the Russian firm could then start selection of the project layout as early as July this year.

Institute Hydroproject has been appointed as general designer for the planned 2000MW project.