The Office of the Inspector General (OIG) has completed an audit of the US Nuclear Regulatory Commission's process for environmental reviews and has identified potential areas of non-compliance with 10 CFR Part 51 regulations. 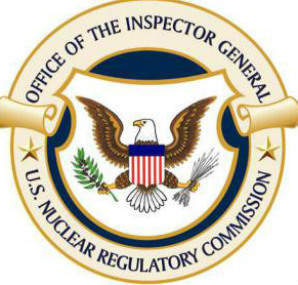 The Office of the Inspector General (OIG) has completed an audit of the US Nuclear Regulatory Commission’s process for environmental reviews and has identified potential areas of non-compliance with 10 CFR Part 51 regulations.

The National Environmental Policy Act of 1969 (NEPA) requires federal agencies, including NRC to undertake an assessment of the environmental effects of their proposed actions prior to making a decision, and to prepare a detailed environmental impact statement (EIS).

It noted, for example that NRC regulations require a concise public Record of Decision (ROD). OIG reviewed ten documents provided by NRC and found that they are "not concise as required by 10 CFR 51.102," nor in compliance with the requirements set out in 51.103. As a result it said that "NRC does not adequately notify the public, including Congress, Federal agencies, government partners, and other stakeholders, of its decision and the basis for its decision."

OIG found that based on a sample of ten, NRC’s EISs do not follow the format required by 10 CFR Part 51, Appendix A, regarding a summary, index, and cover sheet.

It recommended that NRC develop agency-wide guidance for NRC staff to comply with 10 CFR Part 51, Appendix A, and ensure that all EISs include all cover sheet information, a consistent summary format, and an index in compliance with those requirements.

It also found that NRC was not performing all regulatory requirements for scoping for EISs that tier off of a generic EIS.

NRC management officials stated they believe the agency’s NEPA implementation activities have been fully compliant with the relevant regulations, but said they will consider OIG’s recommendations as part of the agency’s continuous improvement efforts.