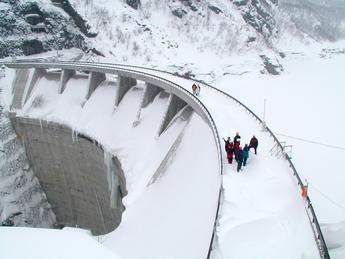 Ninety-nine percent of power production in Norway comes from hydro power. Annual production is estimated at 110-120TWh, with 27,000MW of installed capacity. The country has 330 icold dams and 2500 dams under public supervision. Currently, there are no plans for any larger hydro power projects (neither new power plants or refurbishment).

During the winter of 2001, Norway experienced its highest electricity consumption ever. The demand was almost at the maximum power production capacity, and long term trends indicate a continued increase in electricity demands.

As a short term solution, the Norwegian Transmission System Operator (Statnett) has made separate deals to close down companies with high consumption at critical periods. However, as a long-term solution three alternatives seem possible: