Pressure is increasing for the expansion of Mexico's only nuclear plant at Laguna Verde in the state of Veracruz. Laguna Verde has two BWR-5 working reactors, but was designed for four units. 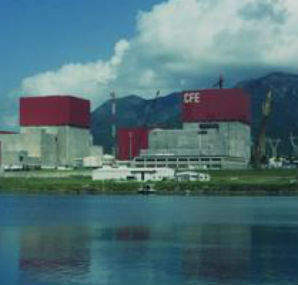 Pressure is increasing for the expansion of Mexico’s only nuclear plant at Laguna Verde in the state of Veracruz. Laguna Verde has two has two BWR-5 working reactors, but was designed for four units.

Senator Jose Luis Lavalle (National Action Party) is preparing legislation that would pave the way for expansion of the plant. The bill is meant to encourage additional investment in the nuclear sector, beginning in eastern Mexico. This follows Mexico’s move to build up its oil and natural gas industry by inviting investment from foreign companies. The government set a mandate in 2012 to get 35% of its energy from non-fossil fuel sources by 2024, up from 21% today.

The operating lives of Laguna Verde 1&2 were also extended to 40 years, to 2029 and 2034, respectively. The project was completed early in 2013. The plant has formally remained in operation throughout, with all of the work completed during scheduled refuelling outages.

CFE in November 2010 was considering building six to eight 1400MWe units, the first two at Laguna Verde. With the release of the 2012 energy policy, the government urged looking beyond low gas prices to consider building two more reactors at Laguna Verde or elsewhere in Veracruz, as a first step in expanding nuclear capacity to 2026. This proposal was repeated in mid-2014. In mid-2015 the Development Programme of the National Electric System included plans to commission new capacity including three nuclear plants, with a tentative schedule to enter commercial operation by 2026, 2027 and 2028.

Lavalle, a member of the senate energy committee, told Bloomberg that the bill could be presented to the senate in February, during the next legislative session. He hopes to gain the support of lawmakers on the energy committee before he presents the bill early next year.

In October, Russia and Mexico signed an intergovernmental cooperation agreement on the development of nuclear energy. The two sides have agreed to cooperate in areas including R&D, construction, operation, fuel supply, safety, waste management and decommissioning of nuclear facilities. They also agreed to work together on safety and radiation protection, education, and the manufacturing of radioisotopes and their use in industry, medicine and agriculture. The agreement is for five years with the possibility of an extension to 10 years.