License for Dewey-Burdock ISL uranium mine 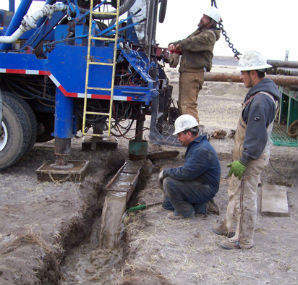 The license represents the most comprehensive of three major agency authorizations required to construct and operate the Dewey-Burdock Project. It follows the NRC’s January 2014 Final Supplemental Environmental Impact Statement, which concluded, "… there are no environmental impacts that would preclude licensing the facility." The NRC’s Safety Evaluation Report, published in March 2013, also recommended license approval.

Richard Clement, Powertech’s president and chief executive officer, said, "The issuance of the NRC’s final license is the culmination of eight years of planning and evaluation and confirms again that our plan for in situ recovery mining at Dewey-Burdock is safe and will have minimal environmental impact. The robust nature of NRC’s licensing process also greatly facilitates finalization of Powertech’s other Dewey-Burdock permits."

The U.S. Environmental Protection Agency anticipates issuing draft permits for the Dewey-Burdock Project this month. Hearings before two State Boards will resume over the next few months.

The proposed Dewey-Burdock Project is located in Custer and Fall River Counties about 13 miles northwest of Edgemont, South Dakota. The company reports that engineering for the processing facility is in progress and that well field planning is at an advanced stage. Facility construction is tentatively set to begin in 2015.

According to Powertech, uranium was found in the Edgemont district in 1952. Early discoveries were at surface. Later drilling revealed deeper uranium deposits. In the mid 1970’s, Tennessee Valley Authority (TVA) bought a major interest in the area and made Dewey Burdock their main exploration target. Silver King Mines (SKM) was hired as operator by TVA and explored the property until mid 1980’s. It was then dropped due to low uranium prices. Energy Fuels Nuclear (EFN) acquired the project in 1994 but relinquished it due to low uranium prices. Almost 4,000 exploration holes have been drilled on the property to depths of 500-800 feet. Powertech acquired the property in 2005.