The last consignment of spent nuclear fuel has left Scotland's Chapelcross site for reprocessing at Sellafield, marking the completion of a four-year programme to deal with more than 38,000 individual fuel elements. 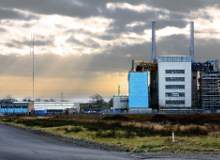 The Chapelcross site, which ceased operation in 2004, has hit the target defueling date four months ahead of schedule, the UK Nuclear Decommissioning Authority announced, 26 February.

The NDA attributed the improving performance year-on-year to an "innovative approach – based on the ‘Marginal Gains Concept’" which it said was implemented across the site’s defueling operations.

"The Marginal Gains Concept involves improving every step within a process by at least 1%, which will get you significant improvement overall when you add the steps together," John Grierson, Chapelcross Site Director explained.

Once fuel free status is verified in the next few months, Chapelcross will move to a new post-defueling structure, scheduled for September 2013. Work will continue on various decommissioning projects until the site prepares to enter into interim care and maintenance in 2017.