New Japanese nuclear safety regulations are due to take effect on 8 July, according to a report by the Japan Atomic Industry Federation’s Atoms in Japan news service. 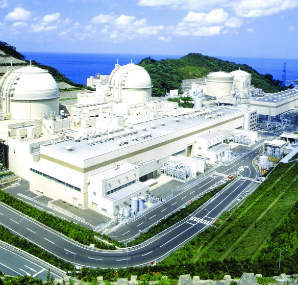 New Japanese nuclear safety regulations are due to take effect on 8 July, according to a report by the Japan Atomic Industry Federation’s Atoms in Japan news service.

A total of 54 draft documents were posted by the Nuclear Regulation Authority, the successor to Japan’s Nuclear & Industrial Safety Agency, which was disbanded last year, in late June.

Japanese nuclear regulations were fundamentally reviewed following the Fukushima disaster in March 2011. One fundamental aspect that has changed is the approach to regulation, from a previous deterministic approach based on set rules and safety margins, to a risk-based approach that can allow greater flexibility. The rules also incorporate reviews of seismic and tsunami standards, and severe accidents.

The review period began in October 2012; five months later in February 2013 some draft rules were released for comment; a second draft was released in April for further comment.

Although most safety standards will be binding from July, the NRA has allowed a five-year grace period for installing emergency control rooms and PWR filtered containment venting systems.

Kansai Electric Power Corp’s Ohi 3&4, the only Japanese nuclear reactors currently operating, have already taken steps to meet the new regulations, and have already been cleared to operate until their next periodic inspections in September. Only at that point they will be assessed against the new rules, JAIF said.

Applications for 12 reactor restarts from four different operators are expected in early July, according to JAIF. These applications will be reviewed by three NRA examination teams.

In May, JAIF president Takuya Hattori commented on the new draft regulations.

He said: "The regulatory authority and nuclear operators … should work for restarts of nuclear power plants in Japan as soon as possible. This is essential in order to return stability to people in their daily lives and for the recovery of industry and the economy."

He also said: "What was considered most important in designing the new regulatory body was the independence of its regulatory efforts. Since its establishment, the NRA has demonstrated its independence in its various activities, and this can be recognized. At the same time, it must be said, the NRA has perhaps been so conscious of the need to be independent that it has shut itself off from interaction with others. This is a matter of concern."