The US Department of the Interior has released a Final Environmental Impact Statement (EIS) that has recommended full removal of four privately owned hydroelectric facilities on the Klamath River. 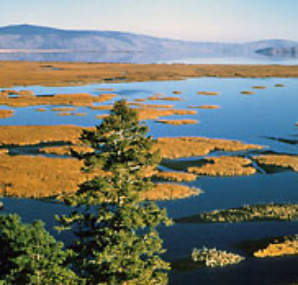 The US Department of the Interior has released a Final Environmental Impact Statement (EIS) that has recommended full removal of four privately owned hydroelectric facilities on the Klamath River.

In a statement, the department said the matter now awaits congressional action before the Secretary of the Interior may make a determination of whether the removal of the four facilities is in the public interest.

Informed by numerous public meetings and consultations with local and tribal governments throughout the Klamath Basin, the Final EIS analyzes the impacts and benefits across a broad spectrum, including ecological, aesthetic, historic, cultural, economic, social, and health. As part of the analysis, the Department also evaluated scenarios that would leave all or some of the facilities in place. The Final EIS also describes significant environmental effects that cannot be avoided for each alternative analyzed, as well as a synopsis of major impacts and benefits for each alternative.

“The EIS… considered in combination with the previously released Overview Report, represents the most comprehensive scientific, engineering, and environmental evaluation of facilities removal ever undertaken in the Klamath Basin," said Secretary of the Interior Ken Salazar. "The preferred alternative finds that removal of the four facilities and implementation of the Klamath Basin Restoration Agreement are important components of a durable, long-term solution for local communities and tribes to advance the water and native fishery resources of the Klamath Basin."

The EIS was undertaken as part of the Klamath Hydroelectric Settlement Agreement (KHSA), which laid out a process for determining whether the removal of the facilities would advance the restoration of salmon fisheries in the Klamath Basin and how it would impact local communities and tribes. Signed in February of 2010 by more than 40 entities, including the states of Oregon and California, PacifiCorp, three Indian Tribes, irrigation communities, fishing communities, and non-governmental organizations, the KHSA calls for a robust scientific and environmental evaluation of the potential removal of these facilities. This evaluation is an important part of a large-scale effort among partners in the region to develop long term solutions to the water challenges of the Klamath Basin that restore natural fish production, establish reliable water and power supplies, and support healthy communities.

The KHSA directs the Secretary of the Interior to make a determination of whether the removal of the four privately owned hydroelectric facilities is in the public interest and will advance restoration of the salmonid fishery of the Klamath Basin. The KHSA also calls for certain conditions to be met before the Secretarial Determination is made, including an authorization by Congress.

Having met the Department’s obligation to undertake an evaluation of science, engineering, and environmental studies under the KHSA, Salazar called on Congress to pass the legislation needed to enact a durable and longstanding solution for the Basin.

“By releasing the EIS and final Overview Report, Congress, local stakeholders, and the public have a comprehensive analysis upon which to develop and enact a legislative solution to the ongoing, complex challenges in the basin," Salazar said. "Once again the communities of the Klamath Basin are facing a potentially difficult water year under a status quo that everyone agrees is broken. We need a comprehensive solution addressing all of the needs of the Klamath Basin, including fisheries, agriculture, refuges, and power."

The Final EIS considers and responds to more than 4,000 comments received on the draft EIS. Under the National Environmental Policy Act, the Department is required to identify a preferred alternative in the Final EIS. The Final EIS is available at www.KlamathRestoration.gov. Paper copies are available for public inspection at several libraries in and around the Klamath Basin.

The Overview Report, which synthesizes the findings of more than 50 individual engineering, scientific and economic reports and underwent extensive peer review, was released in February. The Overview Report includes a discussion of the levels of scientific uncertainty associated with the reports and is also available at www.klamathrestoration.gov.