An independent Scotland is opposed to building any new nuclear power stations and will phase out existing stations over time. 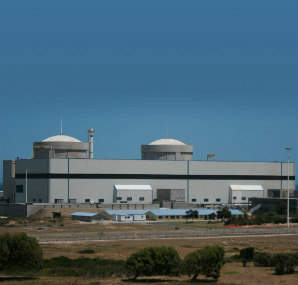 New nuclear would not play a role in an independent Scotland, according to a white paper published by the Scottish government in November.

Scotland has four AGR reactors in operation at the Hunterston B and Torness sites, which are due to close in 2023. However, EDF Energy plans to extend the lifetime of the fleet for as long as it remains safe and cost effective to do so.

The Scottish Government said it plans to establish an Energy Partnership with Westminster, through which it will ensure that new investment in Scottish generation is not compromised by the Westminster Government’s proposals to overhaul the structure of the electricity market and enter into expensive, long-term contracts for new nuclear generation.

The Scottish Government aims to generate the equivalent of 100% of electricity from renewables and thermal sources fitted with carbon capture and storage by 2020.

"Nuclear energy cannot be relied on for our energy needs. The output from Scottish nuclear generation fell to historic lows in 2006 and 2007 due to unplanned outages. Although output has increased since then, nuclear generation has not yet recovered to its pre 2006 levels," Scottish energy minister Fergus Ewing said in October, in response to the Hinkley C commercial deal.

‘Scotland’s Future – Your Guide to an Independent Scotland,’ sets out the government’s vision for an independent Scotland, whichever party is in power. It has been published ahead of a referendum on independence, scheduled for 18 September 2014. If more than half of the people vote ‘Yes’ in the referendum, the Scottish Government says it will negotiate so that Scotland becomes independent on 24 March 2016.

Steve Kidd is an independent nuclear consultant and economist with 17 years of work in senior positions at the World Nuclear Association and its predecessor organisation, the Uranium Institute.