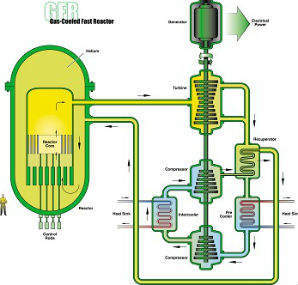 GFR R&D made little progress in 2014, in part because of "significantly decreased budgets supporting the system," the report said. Countries involved in GFR research are now discussing ways to continue R&D, possibly through synergies with other systems.

GIF chairman John Kelly said there had been progress in 2014 on five of the systems and progress had also been made on "the implementation of evaluation methodologies" and on "a new course of outreach" with the international regulatory community that will eventually licence Generation IV reactors.

In April, France’s Institute for Radiological Protection and Nuclear Safety (IRSN) said the sodium-cooled fast reactor (SFR) system is the only one of six being considered by GIF that has reached a degree of maturity compatible with the construction of a prototype during the first half of the 21st century.

GIF said earlier this year that for real long-term progress to be made in Generation IV development, advanced research facilities need to be built, the industry must become more involved, and the "workforce of the future" should be developed.