Funding commitment for US Lightbridge

US-based Lightbridge Corporation has announced that Aspire Capital Fund has given a funding commitment to purchase up to $10m of Lightbridge's common stock, at the company's sole discretion for a period of two years, subject to certain terms and conditions. The purchase agreement may be terminated by Lightbridge at any time, at its discretion, without any additional cost or penalty. 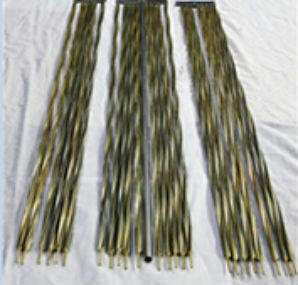 US-based Lightbridge Corporation has announced that Aspire Capital Fund has given a funding commitment to purchase up to $10m of Lightbridge’s common stock, at the company’s sole discretion for a period of two years, subject to certain terms and conditions. The purchase agreement may be terminated by Lightbridge at any time, at its discretion, without any additional cost or penalty.

Lightbridge President and CEO Seth Grae said the agreement provides financing capacity at favourable terms "that we can tap into when and if we require capital in the future, without limiting our options to pursue non-dilutive or strategic alternatives". He added: "Our primary focus is to bring our metallic nuclear fuel to market to enable utilities to increase safety margins and improve the economics of their existing reactor fleets."

"Over the next 12 to 15 months, we expect to incur approximately $3.0m in research and development expenses related to the development of our proprietary nuclear fuel designs," Grae said.

Lightbridge develops proprietary next generation nuclear fuel technologies for current and future nuclear reactor systems. The company claims that its breakthrough fuel technology is establishing new global standards for safe and clean nuclear power and leading the way to a sustainable energy future. The Company also provides comprehensive advisory services for established and emerging nuclear programmes across a range of disciplines including regulatory affairs, nuclear reactor procurement and deployment, reactor and fuel technology and international relations.
Lightbridge recently received approval and issuance of key patents by the US, Australia and South Korea for the its multi-lobed metallic fuel rod design and fuel assemblies. In April 2015, nuclear fuel managers at Dominion Generation, Duke Energy, Exelon Generation and Southern Company asked the US Nuclear Regulatory Commission to prepare to review Lightbridge’s fuel design, in advance of an expected application in 2017 to use the fuel in a US reactor as early as 2020.

In its progress report for the quarter and six months ended 30 June, Lightbridge said it expects increased demand for its advanced metallic nuclear fuel, "due to incentives in the US Environmental Protection Agency Clean Power Plan, which was published in early August." Depending on fuel cycle length, Lightbridge’s proprietary metallic fuel can provide 10-17% more power from existing pressurised water reactors (PWRs), the company said.

In July, the Lightbridge signed a binding, 10-year service agreement with the Institute for Energy Technology, operator of the 25MW Halden research reactor in Norway. Beginning in 2017, Lightbridge expects its fabricated fuel samples to undergo full irradiation under prototypic commercial reactor operating conditions in a pressurised water loop of the Halden reactor. The initial phase of testing is expected to continue for about three years to reach the burnup necessary for insertion of lead test assemblies (LTAs) in a commercial power reactor.

The final phase of irradiation testing necessary for batch reloads and full cores operating with a 10% power uprate and a 24-month cycle is expected to take an additional two years and be completed while LTAs have begun operating in the core of a commercial power reactor. Post-irradiation examination of Lightbridge’s partially irradiated fuel samples also is planned to begin at Halden in 2018.

Negotiations are also in the final stage on a comprehensive agreement between Lightbridge and Canadian Nuclear Laboratories (CNL), a wholly owned subsidiary of Atomic Energy of Canada Limited, for fabrication of Lightbridge fuel samples at CNL’s Chalk River, Ontario facilities. An initial cooperation agreement was signed with CNL in October 2014. The comprehensive agreement involves development of a fabrication plan in 2015, fabrication and characterization in early 2016 of prototype fuel rods using depleted uranium, to be followed by fabrication in late 2016 of irradiation fuel samples using enriched uranium.