The government of France has published a national plan on coping with a nuclear accident or radiological emergency, commissioned after Fukushima. 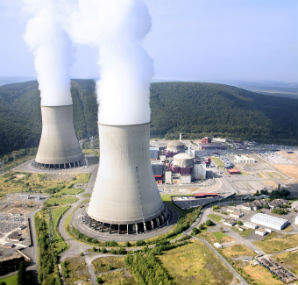 The government of France has published a national plan on coping with a nuclear accident or radiological emergency, commissioned after Fukushima.

This plan was developed under the Secretary of Defense and national security, but also the ASN (Nuclear Safety Agency) and ASND (ASN defense), the Institute for Radiological Protection and Nuclear Safety, government experts and the three nuclear operators EDF, CEA and AREVA.

According to the report (French only), France has more than 30 years’ experience protecting against accidents based on the work of the operators that ensure the safety of the facility, ASN, which regulates them, and the French state, which is responsible for the safety of the population in an accident. Emergency plans have been developed at the plant, site and local area (up to 10km).

The report was commissioned to strengthen defences in low-frequency extreme nuclear events such as Fukushima, to enhance the protection of the population in the event of a nuclear emergency outside of France, and strengthening the capacity of response to a serious fuel transport accident, including by ship.

The plan enables the government to operate beyond the 10km local area limit if the event requires it, enabling the creation of rapid-response forces if requested by operators, updating radiological guidance to limit accident consequences, taking into account the necessity of continuing with social and economic activity after an accident, and setting up a post-accident management period.

The document specifies the responsibilities of each actor involved.

It also has a series of case studies to help managers with nuclear disaster decisionmaking, including: