VA Tech Hydro has announced the successful installation and commissioning of the first ten turbine generator units for the Jebel Aulia dam in Sudan. 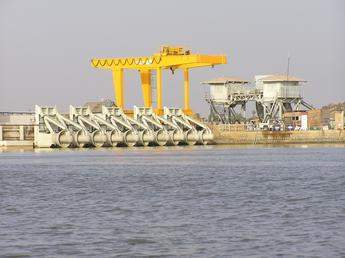 The first ten Hydromatrix turbines were put into commercial operation and have been supplying electricity since early January 2004.

The 80 turbine-generator sets at the 30.4MW Jebel Aulia power plant will be installed in 40 modules. Installation work on the next units has already begun, with 10 turbine units expected to be commissioned every two months.

Full operation of the power plant, located on the White Nile about 40km south of Khartoum, is scheduled for early 2005.