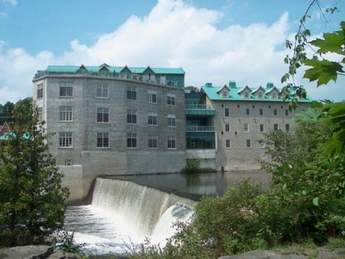 The project, owned by Fergus Mill Power Company, is on the site of a former mill in a historic town about 1.5 hours from Toronto. The former plant had been abandoned when the company began the process of re-licensing and rehabilitation.