US Exelon Corporation has confirmed that it will postpone for a year any decisions about future operations of its Quad Cities and Byron nuclear power plants in Illinois. 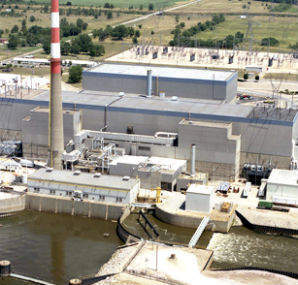 US Exelon Corporation has confirmed that it will postpone for a year any decisions about future operations of its Quad Cities and Byron nuclear power plants in Illinois.

Exelon plans to continue operating Quad Cities, a twin unit boiling water reactor plant, until at least May 2018, while Byron, a twin unit pressurised water reactor plant, is already obligated to operate until May 2019. The decision was taken after all of Exelon’s NPPs in regional grid operator PJM’s market cleared in the transition capacity auction for the 2017-18 planning year.

PJM holds a capacity auction each year to ensure enough power generation resources are available to meet demand in its region covering all or part of 13 states and the District of Columbia. Exelon intends to bid Quad Cities, Byron, Three Mile Island and all eligible nuclear plants into the 2019-2020 PJM capacity auction next year, Exelon said. "The decision to defer retirement decisions comes after rigorous analysis of the present and future economics of the plants, taking into consideration the constructive market trends stemming from the PJM capacity auction reforms."

The latest round of PJM auctions were the first held under new rules approved by the Federal Energy Regulatory Commission (FERC) reflecting changes in the generation fleet as more intermittent renewable and gas-fired generation comes on line.

Earlier this year three of Exelon’s NPPs failed to clear in PJM’s capacity auction for the 2018-2019 planning year. In August, it was announced that Oyster Creek, Quad Cities in New Jersey and Three Mile Island in Pennsylvania would still be able to sell power into the competitive electricity market but would not receive capacity revenue from the auction. Quad Cities and Oyster Creek, together with Byron, also failed to secure capacity payments for the 2017-2018 planning year under a PJM auction in May 2014.

Exelon said that while capacity revenue in a single year "is an important consideration in a plant’s long-term viability, it is just one of several factors Exelon uses to make decisions about its plants’ future operations". Exelon president and CEO Chris Crane acknowledged that Quad Cities and Byron remain "economically challenged" but said the results of the recent capacity auctions were encouraging.

"The new market reforms help to recognise the unique value of always-on nuclear power, while preserving the reliability of our electric system," he noted. However, the plants are "long-lived assets with decades of useful life left, and today’s decision is only a short-term reprieve". He added that policy reforms are still needed "to level the playing field for all forms of clean energy and best position the state of Illinois to meet the (US) Environmental Protection Agency’s new carbon reduction rules".

The US Nuclear Energy Institute’s vice-president for policy development and planning, Richard Myers, said: "Although only a temporary reprieve, Exelon’s decision is an enormous win for the state of Illinois. The Quad Cities and Byron nuclear stations employ almost 1,800 people directly, and are responsible for an additional 7500 indirect jobs in the state."

The short-term nature of the US deregulated electricity markets have left some NPPs at risk of premature closure for economic reasons, despite their long-term future and potential contribution to achieving greenhouse gas emissions targets. In early 2014 Exelon had said that it would consider closing non-profitable nuclear units, with Byron, Clinton and Quad Cities identified as being at risk. Market reforms such as the new capacity auction rules introduced by PJM were intorduced as a means of addressing this.

The single-reactor Oyster Creek plant is already scheduled for early closure in 2019, 10 years before its current operating licence ends, to avoid the expense of incoming state environmental regulations that would require the construction of $800m cooling towers.