The European Union has proposed amending the 2009 nuclear safety directive to introduce requirements for stress-test-like safety reviews every six years. 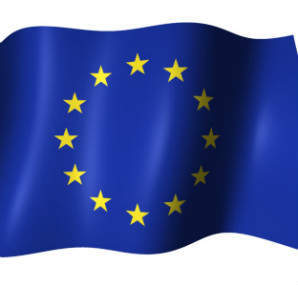 The European Union has proposed amending the 2009 nuclear safety directive to introduce requirements for stress-test-like safety reviews every six years.

The proposed updates, which still have to be adopted by the European Council, aim to "significantly reduce" the risks of nuclear power and protect the people and environment, the European Commission said in a statement.

The proposal introduces new EU-wide safety objectives that call for the release of radioactivity in the environment in case of accidents to be "practically eliminated."

It also sets up a European system of peer reviews for nuclear installations every six years. These would be on topics agreed by Member States, carried out using a common methodology, and peer reviewed; essentially like the post-Fukushima stress tests conducted at the 132 nuclear plants in Europe.

The new directive would require every nuclear power plant to undergo a periodic safety review at least once every 10 years, and a specific review in case of a possible lifetime extension; it calls for all new nuclear plants to be designed so that if a reactor core is damaged it would have no consequences outside the plant; and it includes new provisions for emergency preparedness and response such as requirements for on-site emergency response centres, protected from earthquakes, flooding, and radioactivity, and the implementation of strict accident management guidelines.

The proposed amendment would also promote increased transparency. National regulators and reactor operators would have to develop and publish a strategy, defining how the public would be informed in the event of an accident, but also in times of normal operation of the plant.

Finally, the new directive would ensure that national regulatory authorities are independent in their decision-making and that political, economic or societal interests cannot override safety objectives.

"By introducing a system of regular European peer reviews, increasing transparency on nuclear safety matters and strengthening the powers of national regulators, the directive aims at continuous improvement of nuclear safety across the EU," a European Commission statement said.