Italian utility Enel plans to sell part of its Slovak power unit by the end of 2015 as it moves ahead with a €5bn ($5.5bn) asset sale. 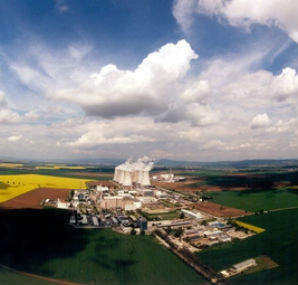 Italian utility Enel plans to sell part of its Slovak power unit by the end of 2015 as it moves ahead with a €5bn ($5.5bn) asset sale.

Enel CEO Francesco Starace said the company will select a preferred bidder for its 66% stake in Slovak power company Slovenske Elektrarne (SE) in the next few weeks. He told Bloomberg TV that the utility is also in talks on selling its share to Slovakia, which owns the rest of SE. "The process is at the very final stages, we have binding offers as we speak and we are selecting the bidder with which we will then engage in the final round of negotiations," he said.

Enel has already realised €800m through the asset disposal plan. The sale of SE will generate about €2bn. Another €2bn will come from businesses already earmarked for sale and the rest will be from assets yet to be identified. Enel will pull out of SE in two steps, the company said in a first-half earnings presentation. A minority stake will be sold by the end of the year, with the final exit expected after two reactors at the Mochovce NPP are completed. Starace said completion of units 3&4 at Mochovce are now expected about one year later than previously planned – in 2017 and 2018, respectively.

Enel has accepted two binding bids for the Slovak business, Starace said. However, the Slovak government has "an assurance and an option to buy the stakes they wish in SE, now and in the future months or years," he added. The Slovak government said in early July that it will hire an adviser to evaluate the purchase.

The two bidders for SE include Hungarian oil refining company Mol, which is seeking to buy a part of Enel’s SE stake before the Mochovce NPP is completed and may decide to boost its share later, Mol board member Oszkar Vilagi said. The aims to initially buy 30-40% of the stake and may reach "basic" agreement with the Enel by the end of 2015, Vilagi said. Mol’s Slovak-based Slovnaft unit is jointly bidding for Enel’s Slovak stake with Hungary’s state-owned electricity company MVM (Mol-Nyrt consortium). "We see Slovakia as a stable market with a long-term prospect," Vilagi said. "The combination of SE’s hydroelectric plants and nuclear power is valuable." Mol Nyrt is a Hungarian-Slovak consortium of MVM Group and the refinery Slovnaft.

The second bidder is the Czech-Slovak group Energeticky a Prumyslovy Holding, spokesman Daniel Castvaj confirmed by e-mail to Bloomberg. Meanwhile, Enel is continuing talks on selling its share to the Slovak government. Slovak Prime Minister Robert Fico said he aims to boost the state’s stake in SE to a majority. Finland’s Fortum and China National Nuclear Corporation are also reportedly interested in buying a stake.

Photo: Slovenske Elektrarne also has a stake in two units at the Bohunice nulcear plant