A consortium between Alstom and Voith Fuji Hydro has been awarded a US$84M contract to supply equipment to the 4 x 255MW Zhanghewan pumped storage project in the Hebei Province of north-eastern China. 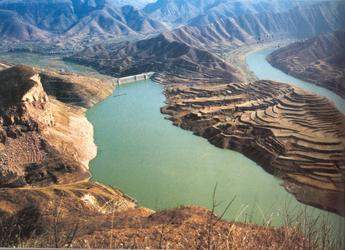 The deal was closed by representatives of Alstom and Voith, which are to carry equal shares in the contract, and the Hebei Zhanghewan Pumped Storage Company.

As leader of the consortium, Alstom is to supply four pump turbines, governing systems, control systems, spherical inlet valves, mechanical auxiliaries and a static frequency converter with the first unit put into commercial use during 2007 and the last in the following year.

On completion in 2009, the Zhanghewan plant is expected to supply a load smoothing capacity of 2000MW to the Hebei southern power grid, allow for better flood management, increase supplies of irrigation water in Jingxing county and provide drinking water to the regions along both banks of the Lower Gantao river.

In addition to the 1000MW pumped storage plant, Zhanghewan also consists of a 63km 500kV transmission line to the power grid. The scheme is financed by loans from the Asian Development Bank.