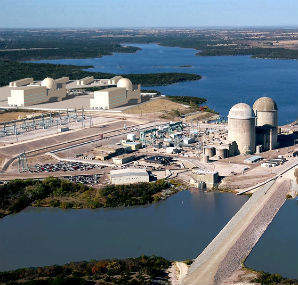 EFH said that part of the plan calls for TCEH to separate from EFH, after which TCEH’s first lien lenders would receive all of the equity in the reorganized TCEH and the cash proceeds from the issuance of new debt at the reorganized TCEH in exchange for eliminating approximately $23 billion of TCEH’s funded debt.

The company said that it expects that normal day-to-day operations will continue during the Chapter 11 reorganization, including employee wages and benefits and retirement pensions.

President and chief executive officer of EFH John Young said, "Our existing capital structure has become unsustainable. We expect that, with the support of our financial stakeholders, our restructuring can proceed expeditiously as we seek to strengthen our balance sheet and position the company for the future."

EFH said that it intends to file a reorganization plan soon, but added that the plan requires regulatory approval.

Regulator: No impact on safety

The USNRC said that the company has reassured it that its financial issues will not have an impact on safety at the plant. It said that it has been monitoring the situation since EFH informed the US Securities and Exchange Commission of a risk of trouble meeting debts last year.

It also said that the plant complies with its decommissioning fund assurance requirements, but must have a $250 million fiancial support agreement in place to cover operational costs for both reactors for a year.