The Government of Canada is planning to bring in the private sector to manage Atomic Energy of Canada Limited's Nuclear Laboratories, including Chalk River in Ontario and Whiteshell Laboratories in Manitoba. 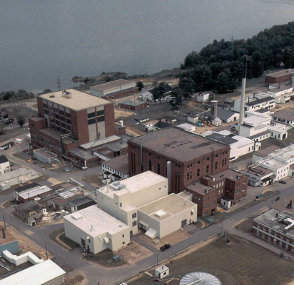 The government said 28 February, that it will launch "a competitive procurement process," for the management of AECL’s Nuclear Laboratories in the coming months. It plans to use the services of financial and nuclear advisors as part of the process.

Natural Resources Canada is seeking to implement a government-owned, contractor-operated (GoCo) model, as is used in the United States and the United Kingdom.

"In doing so, the Government is demonstrating its commitment to fairness and the responsible use of taxpayers’ dollars," a statement said.

The move comes in an effort to "ensure the best possible management…by bring in private sector rigour and efficiency," Joe Oliver, Canada’s minister of Natural Resources said in a speech to 2013 Canadian Nuclear Association Conference and Trade Show.

Following the restructuring the Nuclear Labs will focus on three key objectives:

The Nuclear Laboratories, comprised mainly of Chalk River Laboratories in Chalk River, Ontario, and Whiteshell Laboratories in Pinawa, Manitoba, are responsible for nuclear science and technology priorities for safety, security, health, the environment, waste management and clean energy technologies, as well as the production of medical isotopes.