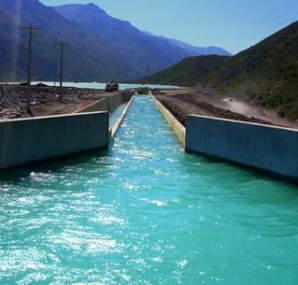 The company received a Certificate of Compliance (COC) from the Energy Regulatory Commission (ERC) in early September, marking a 25MW increase of renewable energy supplied to Luzon.

Located in Barangay Tinongdan, Itogon, all four units of the plant have increased its combined capacity from 100MW in 2008 to 125MW in 2013, following refurbishment that began in 2011.

The project required a new intake at higher elevation, new headrace, replacement and modernization of plant control system and replacement of electro-mechanical components. Construction and civil works started earlier in 2010.

“This certificate marks Binga HEPP’s increased capacity from 100 to 125MW. But as a result of more efficient turbine technology, the plant is actually capable of producing up to 132 MW," said Emmanuel Rubio, SNAP-Benguet president and CEO. "Aside from providing a significant amount of clean and renewable energy to communities, this also means that we will be able to contribute to energy security by adding additional power generation capacity to the grid."

The certificate signifies that SNAP-Benguet has complied with the technical, financial, and environmental requirements prescribed in the Revised Rules for the Issuance of COCs for Generation Companies/Facilities. It is valid for five years and must be renewed six months prior to its expiration.

The original Binga plant is among the oldest power facilities in the country, having been constructed in 1960 for flood control and power generation. It is the second plant that SNAP-Benguet has rehabilitated. In 2011, the hydro company completed the restoration and upgrading of the Ambuklao plant in Bokod, Benguet, transforming the decommissioned 75MW plant to an operating 105MW facility.

SNAP-Benguet acquired the Ambuklao and Binga hydro facilities in November 2007 through the government’s power sector privatization program and took over in July 2008. It is a joint venture of SN Power of Norway and AboitizPower.