Newcrest Mining has agreed to acquire a stake of 70% in the Red Chris copper-gold mine and surrounding tenements in Canada from Imperial Metals for $806.5m. 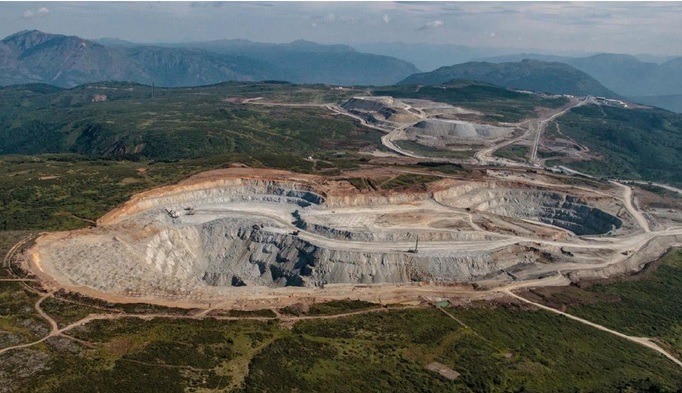 Located on the northern edge of the Skeena Mountains in British Columbia, the Red Chris mine has been in production since July 2015. Its construction began in 2012 and was completed in late 2014 for a total cost of C$661m ($492.5m).

Imperial Metals, which acquired the Red Chris property in 2007, will retain a stake of 30%, thereby forming a joint venture with Newcrest Mining for the copper-gold mine. The mine produced 44.8 million pounds of copper and 29,569 ounces of gold during the first nine months of the calendar year 2018.

Newcrest Mining will take over as the operator of the mine, which is located 18 km south east of the town of Iskut.

The copper-gold asset is an open-pit mine with mineral resources of 20 million ounces of gold and 13 billion pounds of copper. It currently employs nearly 500 people for its operations.

Overall, the acquired property by Newcrest Mining is spread over a total of 23,142 hectares of land, and is made up of 77 mineral tenures, five of which are mining leases.

The Australian mining company revealed its plans to streamline the current open pit mine plan and pursue initiatives to boost operational productivities and milling recoveries. Currently, the open pit mine has an existing 11mtpa processing plant and associated infrastructure which gives scope for brownfield expansion in the future, said Newcrest Mining.

The Australian mining company said that it has identified opportunities which will lead to the expansion of the gold-copper mine’s mineral resources along strike and at depth in areas where not much of deep drilling has been taken up so far.

Newcrest managing director and CEO Sandeep Biswas, said: “We believe we can bring our unique technical capabilities to unlock the full value potential of this orebody in one of the premier gold districts in the world. We have identified a clear path to potentially turn Red Chris into a Tier 1 operation.

“The geology of Red Chris is similar to our Cadia orebodies in Australia and we will be applying our considerable experience in exploration, open pit mining, caving and processing to maximize the value of Red Chris and the opportunities in the surrounding region.”

Imperial Metals said that it will use the proceeds from the transaction to repay some of its debts.

Imperial Metals president Brian Kynoch said: “This transaction presents a compelling opportunity for all stakeholders as it allows Imperial to significantly strengthen its balance sheet while forging a strategic partnership with a leading global mining company.”

The transaction, which will be subject to meeting of preceding customary conditions including all necessary regulatory approvals and others, is likely to be closed in Q3 CY 2019.