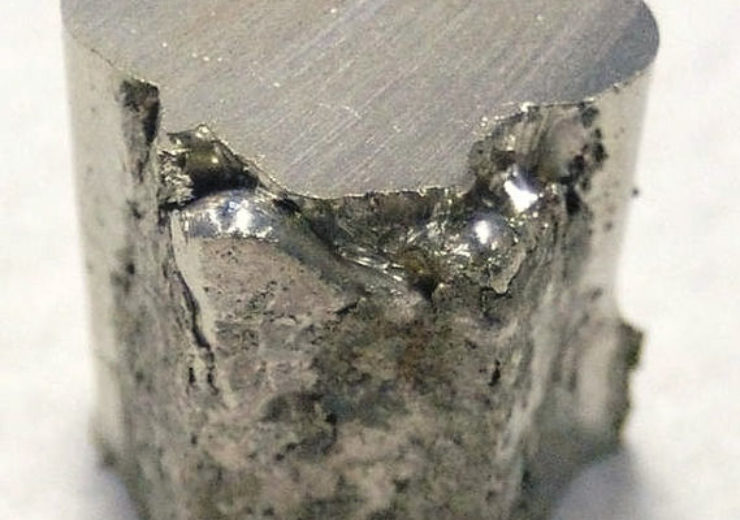 A pitted and lumpy piece of nickel. (Credit: Materialscientist (talk))

The new contracts follow the successful completion of a highly competitive tender process that has resulted in improved commercial terms compared to current offtake agreements.

Western Areas Managing Director, Dan Lougher, said: “The Company is very pleased with the execution of the  new agreements that  extend our long and mutually beneficial relationship with  Nickel West and reintroduces Jinchuanas an offtake customer following  completion  of  the Tsingshan contract as at 31 January 2020.”

“It is notablethat both of our offtake customers are involved in the downstream operation of nickel smelters.

Western Areasfirmly believes that the smelting of concentrates is a key process to continue to feed both the emerging Electric Vehicle (“EV”) battery  market, via nickel sulphate,  and the  traditional stainless steel market.”Nickel West The Nickel West contractis a new agreement, rather thanan extension of the previous arrangementthatcompleteson 31 January 2020.  The key terms of the new contract include:

•Contract Period–Three years from 1 February 2020or until completion of the aggregate quantity;

•Quantity–10,000  tonnes  of  nickel  contained  in  concentrate  per  annum  with  a  30,000  tonne, aggregate limit;•Delivery–Bulk logistics to Kambalda, consistent with arrangements already in operation; and

•Other Commercial terms–Payable rates are subject to customary confidentiality clauses, all other terms are in line with industry standard for such agreements. MrLougher commented that the agreement with Nickel West was an excellent outcome, particularly given the Company’s long and mutually beneficial relationship that has existed for over ten years.

The Company is pleased that extending its cooperative arrangement will deliver increased value  to Western Areas shareholders.

•Contract Period–Two years from 1 February 2020or until completion of the aggregate quantity;

• Optional Extension – The contract can be extended, by mutual agreement, for a further twelve month period at an aggregate nickel quantity to be agreed between the Company and Jinchuan;

• Other Commercial terms – Payable rates are subject to customary confidentiality clauses, all other terms are in line with industry standard for such agreements.

Mr Lougher said the new agreement with Jinchuan reconnects the groups at a time when the nickel market is repositioning to feed the emerging nickel market from EV batteries. Jinchuan is the largest nickel matte and cathode producer in China and Western Areas believes that aligning itself with a China-based producer of Jinchuan’s calibre is strategically important as the market for higher value products continues to evolve.

Following execution of the new agreements, the Company’s existing contract with Tsingshan Group will end on 31 January 2020. Western Areas would like to acknowledge the strong commercial relationship it has enjoyed with Tsingshan over a number of years.