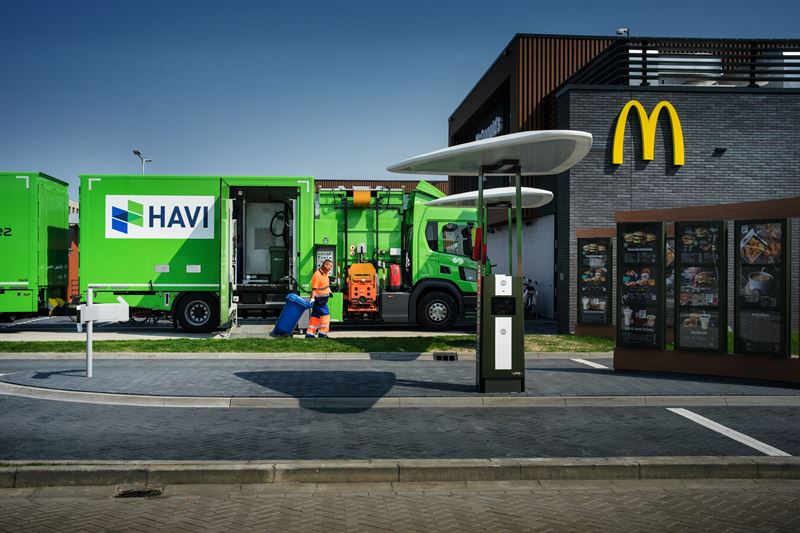 Neste, the world’s leading provider of renewable diesel refined from waste and residues and the third most sustainable company in the world, McDonald’s Netherlands and HAVI have joined forces to create a circular economy partnership. The collaboration will see McDonald’s restaurants in the Netherlands recycling the used cooking oil from French fries into Neste MY Renewable Diesel. The fuel will be used in HAVI trucks that deliver goods to McDonald’s. Neste MY Renewable Diesel enables customers to reduce greenhouse gas emissions by up to 90% over the fuel’s life cycle compared to fossil diesel.

In the circular economy partnership, McDonald’s’ supply chain partner HAVI plays a central role as the collector of the used cooking oil from all 252 Dutch McDonald’s restaurants. Neste then converts this used cooking oil at its Rotterdam refinery into the renewable diesel that fuels HAVI’s trucks.

“McDonald’s is committed to sustainability through its Scale for Good program. We are big enough to make a difference. Circularity and reducing waste are one of the pillars of our ongoing sustainability program. The collaboration with Neste and HAVI is an excellent example of how we can make circularity a practical reality. We are connecting the recycling of a valuable waste fraction, which we have been doing for years, to our ambitions to reduce our climate impact. Together with HAVI we developed a roadmap to see what steps we could take to reduce our carbon emissions from the logistics side and to make our logistics more future-proof. In addition to switching to renewable diesel, this entails a look into hybrid and electric vehicles and using logistic city hubs to reduce inner city movements,” says Jeroen Dekkers, Head of Supply Chain at McDonald’s Netherlands.

“Neste’s ambition is to become a global leader in renewable and circular solutions. We are excited to partner with McDonald’s in the Netherlands and HAVI to demonstrate how circular economy can be promoted in practice. We want to partner with forward-thinking businesses and cities and turn their used cooking oil, grease or other waste into renewable fuel and products. The used cooking oil from McDonald’s is an excellent raw material for our Neste MY Renewable Diesel. The fuel is a renewable low-emission alternative to fossil diesel and requires no modifications to existing diesel-powered engines,” says Carl Nyberg, Executive Vice President for Neste’s Renewable Road Transportation business unit.

Neste has built a transparent and versatile raw material supply chain, and the company is uniquely positioned to also enhance circular economy. Neste has experience in circular economy solutions around Neste MY Renewable Diesel. In 2019, Neste launched a partnership with the City of Oakland to fuel the city’s fleet with Neste MY made from used cooking oil, grease and other waste and residue materials sourced from local businesses in the San Francisco-Oakland-Hayward metropolitan area.

Rapid growth for Neste MY Renewable Diesel in the Netherlands

Neste has been active in the Netherlands since 2011 when the Rotterdam refinery for renewable products started its operations. The Rotterdam refinery and the company’s Singapore refinery are the world’s biggest and most advanced renewable diesel refineries. Last year Neste opened a new office in Hoofddorp, just outside Amsterdam, which serves as the global hub for the growing Renewable Aviation business.

Neste launched Neste MY Renewable Diesel, produced from renewable raw materials, on the Dutch market in October 2019. This high-quality renewable product is currently available at more than 90 locations throughout the country.

Besides the Netherlands, Neste MY Renewable Diesel is available for customers in Finland, Sweden, Estonia, Latvia, Lithuania, and in the United States in California and Oregon.