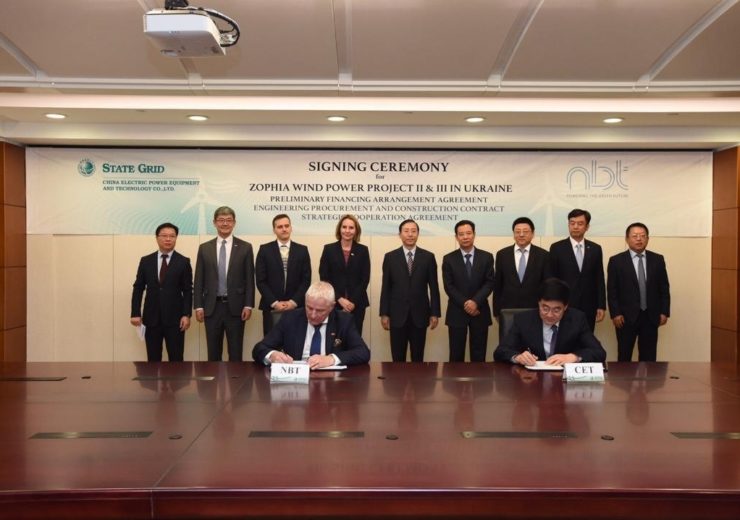 Once completed, the two wind farms are expected to have an annual production of 2,900GWh of clean energy, which is enough power nearly 340,000 Ukrainian households, while avoiding nearly 1.6 million tons of CO2 emissions annually.

The two companies have also agreed to cooperate on a global basis on future renewable energy projects.

Upon completion, the two projects will become the largest onshore wind farms in Europe

NBT is building the success of its 250MW Syvash wind farm which received its first international financial close early this year.

With support from ICBC, Exim Bank of China and CCB for €500 million of senior debt, NBT plans to engage additional international banks into the bank syndicate for another €250m in project financing and aims for even larger financial close for Zophia.

NBT claims that the Zophia wind farms will be built to high standards that meet EBRD Performance Standards and Equator Principles.

The electricity generated from the wind farms will be sold to ‘Guaranteed Buyer State Enterprise’, a state-owned company that is the wholesale electricity market operator in Ukraine.