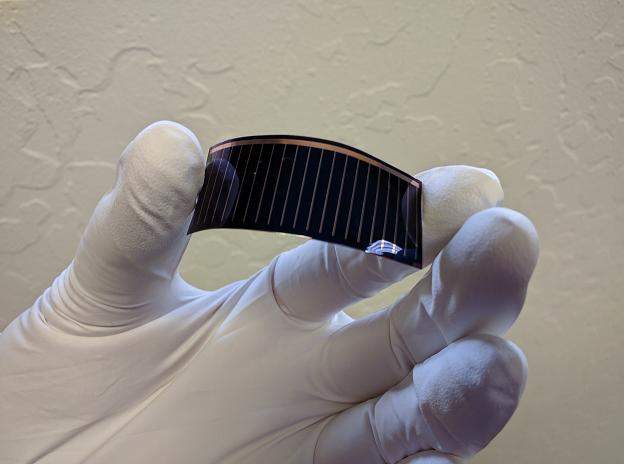 Alta Devices also recently announced a new efficiency record of 29.1% for its single junction solar cell, as certified by Fraunhofer ISE CalLab, marking the seventh consecutive time, dating back to 2010, that Alta Devices has achieved this record. This milestone represents the thirteenth cell or module solar efficiency world record achieved by Alta Devices.

Alta Devices CEO, Jian Ding, commented, “NASA’s interest in Alta’s record-setting performance demonstrates that our technology withstands some of the most challenging environments endured by autonomous systems in space, high altitude, and on land. Our continued commitment to innovation enables Alta to remain an industry leader in producing state-of-the-art lightweight, flexible, and highly efficient solar cells.”

Alta Devices engineers worked with NASA MSFC scientists and vendors to develop an array of nine solar cells with innovative packaging materials. The cells were fabricated and delivered to NASA for testing during the first half of 2018. Integration into the MISSE sample carrier was carried out at the Alphaspace facility in Houston, Texas in August, and the experiment was transported to the International Space Station by the NG-10 Antares rocket on November 17th of this year. The solar cells will be installed into a zenith-facing position on the station in the coming weeks.

After one year of exposure, the solar cells will be returned to NASA and Alta Devices for evaluation. NASA and Alta Devices have developed scientific models to simulate how the solar cells may be affected by their on-orbit exposure, and the final sample evaluation will allow the teams to refine their models, enhancing the accuracy of predictions related to solar cell and package performance in future, longer missions.

According to NASA scientists, “The High Efficiency, Low-Mass Solar Cell Systems experiment exposes candidate solar cells to the space environment. In addition, thin polymeric films, developed as cover slide materials for these solar cells, are exposed as separate samples, to measure atomic oxygen erosion yield and transmission changes due to ultraviolet radiation. The test results will be especially important for the design of small but highly capable spacecraft needed to explore our solar system.”

In November 2018, Alta Devices provided its single junction gallium arsenide solar cells to Fraunhofer ISE CalLab, a German based solar energy testing laboratory and one of the world’s leading renewable energy research authorities. These cells were certified by Fraunhofer ISE CalLab as being 29.1% efficient.

In addition to Alta’s technological advances, which push the limits of energy density, Alta has changed the manufacturing economics of solar to enable formats and form-factors that were previously not possible. Gallium arsenide (GaAs) is typically expensive to produce. However, Alta invented a manufacturing technique that develops extremely thin layers of GaAs (a fraction of the thickness of other GaAs solar cells). Alta’s cells are about one micron thick; for comparison, a human hair is approximately 40 microns thick. By utilizing a very thin layer of material with the highest energy density possible, the amount of material needed is low. Therefore potential system costs can be dramatically reduced.