Mundoro Capital has announced that the previously announced drill program at the Borsko Jezero license has been extended by 2,200 meters to a total of 7,200 meters over 7 drill holes. 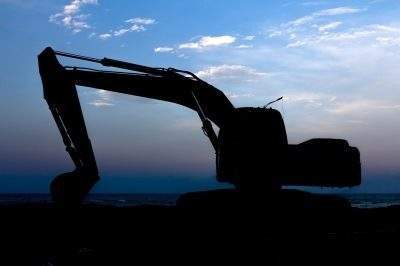 Borsko is one of the four licenses being sole funded by Japan Oil, Gas and Metals National Corporation (“JOGMEC”) as part of the JOGMEC-Mundoro option agreement announced in August 2016.

Target 1: lateral extension of the hydrothermal alteration and mineralisation intersected in drill hole 17-BJ-11 (15m @ 1.04 g/t Au and 6.9 g/t Ag) further to the east-northeast is supported by an IP chargeability anomaly;

Additional targets: identified by both structural interpretation and geophysical programs using CSAMT and ground magnetics within the exploration licence further to the south.

Teo Dechev, CEO & President of Mundoro commented, “Due to the increase in drilling meters, we now expect to complete the extended drilling program on Borsko in December 2018 and to announce results in February 2019.   JOGMEC and Mundoro are looking forward to the results of the current drill program at Borsko which has continued to be the focus of drilling activity in the final year of Phase I for the JOGMEC-Mundoro JV Projects.”

Overview of Target 1 and Target 5 at Borkso

The 2017 drilling program, which was focused on testing structural features with geophysical targets, discovered advanced argillic alteration hosted in andesite beneath 550 m of agglomerate volcanic cover at Target 1.  The hydrothermal altered andesites are moderate to strongly pyritized and alternate with pervasive silica, vuggy silica, and alunite.  The advance argillic alteration correlates with a resistivity-high and magnetic-low geophysical anomaly bounded by steep resistivity contacts.  Two of the completed drill holes, 17-BJ-11 and 17-BJ-12, drilled into Target 1 intersected epithermal gold-silver mineralisation of:

A deep Induced Polarization (IP)-Resistivity survey was carried out over Target 1 and Target 5 in order to better define the upper contact of mineralization intersected in the drill holes.  Gravity survey was used to assist CSAMT, magnetic and IP data in defining prominent structures.  The IP-Resistivity survey outlined a chargeable anomaly immediately east of the discovered advance argillic alteration at Target 1 and extending towards the northeast over Target 5. The extended drilling program aims to further test both targets.

Borsko is ideally situated to cover an area that has a prominent structural corridor with the Ruzana fault, which is running generally north-northwest (“NNW”) through the license and is striking generally parallel to the prolific Bor fault to the east.  At Target 1, the Ruzana Fault splits into horsetail splay structures which coincide with the IP anomaly at Target 1.  Of further interest is the structural features around Target 5, the west-northwest (“WNW”) fault that runs through the area of Target 5 appears to also be cutting through the vicinity of the Bor mine 4 km to the east.