Tap Oil said that the first of the three wells, located 3.7km from the Manora oil field, has been spudded using the Ensco 115 jackup drilling rig 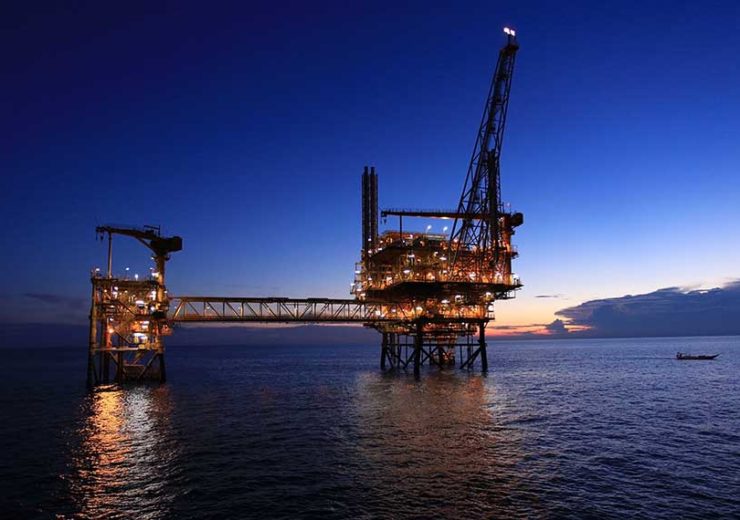 Mubadala Petroleum and Tap Oil have started a three-well exploration drilling campaign near the Manora oil field in the G1/48 concession in the Northern Gulf of Thailand.

Last month, the partners approved the drilling of three firm exploration wells and an appraisal side-track which will be subject to exploration success.

The Inthanin well is located 3.7km south-southwest of the Manora platform. Drilling at the well has started and is expected to be completed around the month-end.

According to Tap Oil, the Inthanin prospect trap is a three-way dip closure with the added potential of a larger combination trap at the 500 sands level.

The Australian oil and gas company said that the main objective of drilling the Inthanin-1 exploration well is to find hydrocarbons in the 400, 500 and 600 series sands levels. All the three sand levels produce in the Manora East fault block, located 1.6km to the north-northeast, said Tap Oil.

The company said that the target reservoirs are fluvial at the 400 and 500 levels and lacustrine at the 600 level.

After wrapping up the drilling of the Inthanin prospect, the Ensco 115 jack-up drilling rig will sail towards the Yothaka East-1 and Krissana-1 exploration wells.

The Krissana prospect trap is also a three-way dip closure at all sand levels. The target reservoirs at the prospect are said to be fluvial at the 300, 400, and 500 levels, while being lacustrine at the 600 level.

On the other hand, the Yothaka East prospect traps are an inverted flower structure at the 600 level. At the 500 level, the prospect has a faulted four-way dip closure, said Tap Oil.

The target reservoirs of the Yothaka East prospect are said to be fluvial at the 500 level, while being lacustrine at the 600 level.

Tap Oil said that the contingent side-track well will be drilled to appraise into the Yothaka structure depending on the drilling results of the Yothaka East-1 and Krissana-1 wells.

The Manora Oil Field has been producing since 2014

The Australian oil and gas company has a 30% stake in the G1/48 block. The Manora oil field, which is part of the block, is located nearly 80km off the coast of the Prachuap Khiri Khan Province.

The offshore Thai oil field has been in production since November 2014.