Mott MacDonald has been appointed as lead consultant for the Tarbela 5th Extension hydropower project. 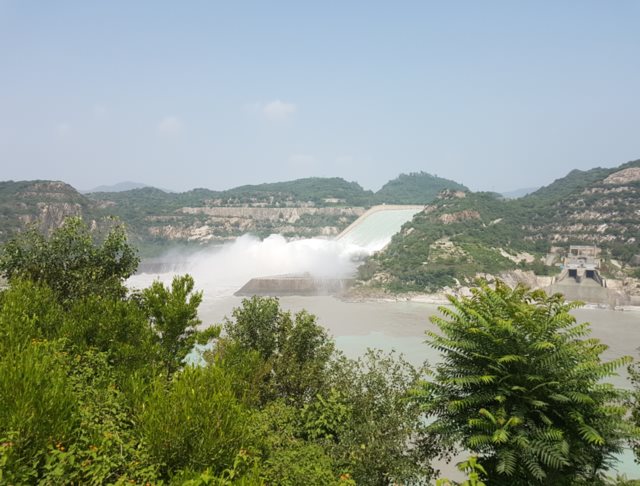 The project, being delivered by the Water and Power Development Authority of Pakistan, will increase the Tarbela Power Plant’s total generating capacity from 4888MW to 6300MW. The appointment follows the successful commissioning of Tarbela 4, where Mott MacDonald was also lead consultant.

Tarbela power station, situated below the largest earth-filled dam in the world, has been steadily developed since it was originally commissioned in 1976. The aim of the extension is to increase seasonal power supply in Pakistan to meet increasing demand for electricity.

The project incorporates a new 1410MW hydropower plant to be constructed at the end of an existing 43-year-old tunnel through the iconic Tarbela dam. The project also includes a new 50km 500kV transmission line and a 20 to 40MW floating solar pilot project which will be the first in Pakistan.

Unlike the other four tunnels, the 5th tunnel is situated within the left abutment of the dam. Mott MacDonald conducted the feasibility, scoping studies and detailed design for the 5th Extension project of Tarbela, which will significantly increase its generating capacity. Using the tunnel for dual purpose, such as irrigation releases and power generation, has presented a unique set of challenges. Many of the challenges relate to its location between two large spillways, their associated plunge pools and a common discharge channel.

Mark Gill, Pakistan power sector leader, Mott MacDonald said: “We are excited to continue our involvement with the Tarbela project. Our design innovation on Tarbela 4 increased the power supply by 47%. Similarly, our designs for Tarbela 5 have increased power by a further 10%. We are proud that our work will connect new opportunities for energy reliance and sustainability in Pakistan.”