The Australia-based company is facing blockades on public roads in the Chumbivilcas province, 200km from the open pit copper mine, which has already resulted in several days of transport disruption 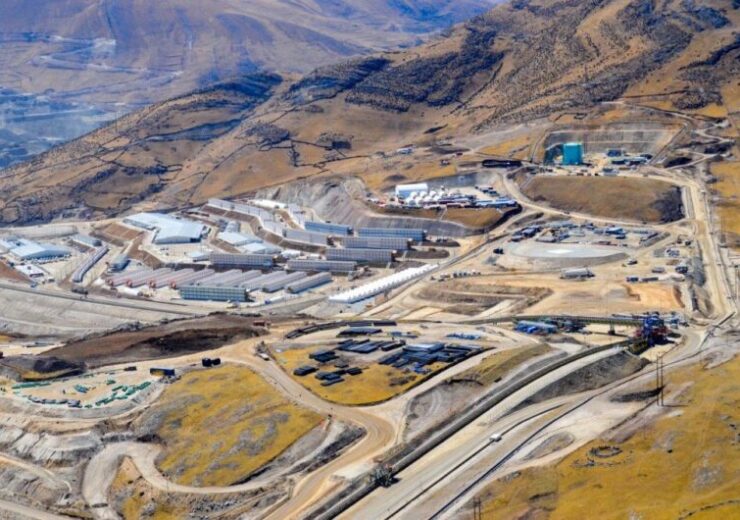 Overview of the Las Bambas copper mine in Peru. (Credit: MMG Australia Limited)

MMG has announced that it will stop production at the Las Bambas copper mine in Peru by mid-December 2021 due to logistic issues driven by continued opposition from local community members.

The Australia-based company had been facing blockades on public roads in the Chumbivilcas province, 200km from the Las Bambas mine. This had already led to several days of transport disruption for the company.

According to MMG, its ongoing talks aimed at entering into commercial relationships with the Chumbivilcas community organisations have so far failed. The company said that community members had re-established a road blockade last month.

An additional meeting held during the fag end of November 2021 between the government and community could not yield any resolution towards removing the latest road blockade. The company said that it views the demands of the community as excessively commercial.

MMG stated: “As a result of this ongoing blockade, and the restriction of inbound and outbound logistics, Las Bambas has been forced to progressively wind down mine operations and production will cease by mid-December due to a lack of key consumables.”

The company, which is majority-owned by China Minmetals, revealed that stockpiles on site of the Las Bambas mine have increased to nearly 50,000 tonnes of copper in concentrate.

The production of copper to the end of last month was approximately 278,000 tonnes. MMG added that the length of the prevailing delay and production impacts for this month remains extremely uncertain.

Overall, the company is said to have lost 400 days in transport due to blockades ever since the transportation of concentrate began in early 2016.

MMG said that although it is still committed to seeking constructive dialogue, the steps of external agents, “disproportionate” demands, and a failure to reach long lasting agreements continue to restrict operations at the Las Bambas mine.

Acquired in 2014 from Glencore for around $5.85bn, the Las Bambas copper mine had entered into commercial production in 2016. The open pit mine has a nameplate throughput capacity of 51.1 million tonnes per annum.