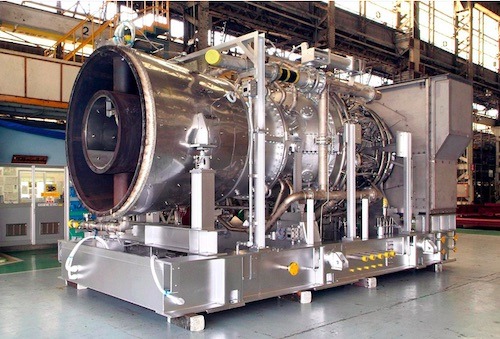 The turbines MPHS is supplying are capable of producing around 40MW output, making these turbines the highest level for an H-25 system. The power plant is expected to start operations in the latter half of 2020.

China Resources Power Group is planning to build the power plant as a distributed power source in a local industrial zone, to supply electric power, along with steam for manufacturing processes through a heat recovery boiler that uses exhaust from the gas turbine.

MHPS has received the contract through Harbin Guanghan Gas Turbine (HGGT), a member of China Shipbuilding Industry Group and a producer of ships and marine machinery.

The two systems in the GTCC facilities comprise the equipment including H-25 gas turbines, heat recovery boilers, steam turbines, and auxiliary equipment, where MHPS will supply the machinery and dispatch engineers to the site to oversee installation and provide guidance during commissioning.

MHPS said that to meet the strict local emission regulations, the gas turbines incorporate multi-cluster combustor, which regulates the emission density of nitrogen oxide (NOx) to less than 15ppm.

The company has developed this combustor for integrated coal gasification combined cycle (IGCC) systems through an application of technologies, to allow low NOx combustion by mixing the fuel gas with an ample volume of air to quickly produce a lean air-fuel mixture.

Recently, A consortium of Japan’s MHPS and Egypt’s Elsewedy Electric has won an engineering, procurement and construction (EPC) contract for the expansion of 2,850MW Al Layyah power plant for the Emirate of Sharjah in the UAE.