MC Mining has secured a mining right from the South African Department of Mineral Resources (DMR) for its 74% owned Chapudi coking and thermal coal project in the Limpopo province. 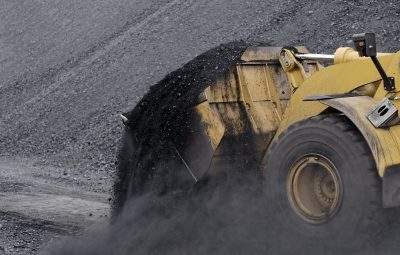 The Chapudi Project, together with the Mopane and Generaal Projects, comprise the Company’s longer-term Greater Soutpansberg Project (“GSP”) situated in the Soutpansberg Coalfield.

The GSP is located within close proximity to the Musina-Makhado Special Economic Zone (“SEZ”), an area designated by government to focus on amongst others, energy and metallurgical processing.

The Chapudi mining right is the first of the three GSP mining right applications to be granted; these applications were submitted to the DMR during 2013. The Chapudi Project alone contains over 6.3 billion gross tonnes in situ of inferred coal resources1 and supports MC Mining’s strategy to be a substantial producer of hard coking coal, used in the steel manufacturing process and typically attracting a significantly higher sales price compared to thermal coal.

MC Mining’s chief executive officer David Brown said: “The granting of the mining right for the Chapudi Project is a key step in unlocking value from MC Mining’s significant coking and thermal coal assets and positions the GSP to be a potential long-term coal supplier to the planned Musina-Makhado SEZ.

“The Mopane and Generaal Project mining right applications are at an advanced stage and we anticipate that these will be granted in the near future. Following this, the Company will commence with the various studies required for the outstanding water and environmental regulatory approvals.

“We continue to advance our flagship Makhado hard coking and thermal coal project and the November 2018 agreement to acquire the Lukin and Salaita properties facilitates the completion of geotechnical and related infrastructure studies for the proposed colliery.

“Further, recent Makhado Project milestones include the conclusion of a hard coking coal offtake agreement while negotiations for the remaining hard coking coal as well as the thermal coal and funding initiatives are progressing and updates will be provided when appropriate.”