The first phase of the fund will secure around 1,000 jobs for Londoners, and support the green industries that are crucial to meeting the city’s climate targets and recover from the economic and social impacts of COVID-19 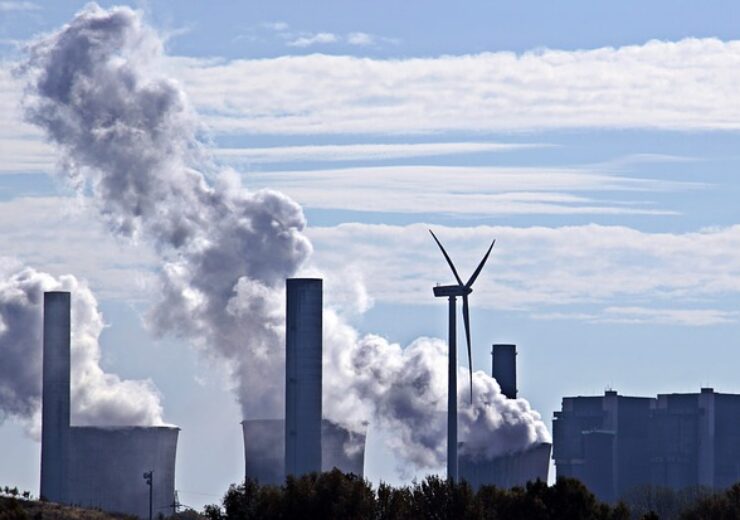 The Mayor of London, Sadiq Khan, launched the first part of London’s Green New Deal fund with £10 million invested in projects to boost green jobs, tackle the climate emergency and address inequalities. This sits alongside the investment he is making to support action on the climate and ecological emergency through other City Hall programmes on housing, adult education, skills and transport.

The first phase of the fund will secure around 1,000 jobs for Londoners, and support the green industries that are crucial to meeting the city’s climate targets and recover from the economic and social impacts of COVID-19. The jobs will be in areas such as solar panel installation and other programmes to make homes more energy efficient.

New data shows that London’s £48 billion green economy now supports five per cent of jobs in the capital – it is worth more than the construction and manufacturing sectors combined and has grown rapidly over the last decade, creating more than 161,000 new jobs in that time*. The Mayor’s Green New Deal Fund supports the London Recovery Board’s ambition to double the size of the green economy in London to £100 billion by 2030, an ambition that would kick-start greater job growth over the next decade. The pan-London Recovery Board – co-chaired by the Mayor of London – co-ordinates the planning for London’s future post-COVID.

The fund will also tackle inequalities exposed by the COVID-19 crisis. London has some of the highest levels of fuel poverty in the country with one in nine** London households unable to meet the cost of heating their homes. Energy efficiency and low-carbon heat projects will cut energy bills and improve living conditions for thousands of Londoners. Funding will be provided to green London Small and Medium Enterprises (SMEs), in particular supporting  Black Asian Minority Ethnic and female-led enterprises, and also support London Living Wage paid internships for those starting their careers into cleantech businesses – which are business that develops solutions to environmental challenges through technology.

The Mayor’s Green New Deal demonstrates Sadiq’s world-leading commitments to tackle the climate emergency including setting a bold target to make London a zero carbon city by 2030 and having a climate plan for London that is compatible with the highest ambition of the Paris Climate Agreement. Once projects from the first £10m fund are completed, they will save up to 20,000 tonnes of CO2 per year directly and support the ability to rapidly scale up further carbon savings across London.

The new fund will boost the green economy by supporting SME jobs as well as creating and retaining a range of jobs such as solar panel installers, designers, engineers and various jobs in construction including site managers, supervisors and builders.

This initial £10m investment from the GLA will be broken down into three areas:

Decarbonising the Built Environment
Tackling emissions from heating and powering London’s buildings. Programmes will make homes more energy efficient and ensure London is supplied with more green energy through district energy networks and other clean sources such as solar.
Green Transport and Public Realm
Tackling transport emissions and encouraging walking, cycling and electric vehicles. Projects will also improve access to green spaces and the natural environment while increasing London’s resilience and adaptation to climate change impacts.
Green Foundations
Supporting growth of new and existing businesses in the green economy. Projects will create job opportunities and develop skills for Londoners to exploit the opportunities that the transition to a low carbon circular economy represents.

The Mayor of London, Sadiq Khan said: “I am delighted to be investing £10 million in projects that will create green collar jobs in London as part of our Green New Deal that will both support our economic recovery from COVID, and tackle inequalities faced in our city.

“The funding will directly help those most likely to experience cold and damp homes, and also support Londoners with limited access to green space. We must rebuild our city post COVID so that it’s cleaner, greener and fairer.

“With just under a year to go until the UK hosts COP26, the government this week set out its ambition for meeting its climate targets, but this can only be achieved if the Government gives cities the power and funding they need to deliver. We have a proven track record that shows when cities are empowered to deliver, they are given the ability to deliver the transformation that we need to our economy and society.”

Lord Karan Bilimoria, CBE DL, CBI President, said: “London’s Green New Deal prioritises bold, low-carbon investment which will be welcomed by business who want a green recovery from the pandemic that helps us towards net-zero emissions.

“The creation of 1,000 new skilled jobs for Londoners, and support for SMEs, are welcome moves. This will help bring about the green energy upgrades for homes, and clean transport links, that will give Londoners more opportunities to reduce their carbon emissions.

“Establishing effective partnerships between public and private sectors will be vital if London is to meet the Mayor’s goal of becoming a zero carbon city by 2030. Firms across London’s fast-growing green economy stand ready to support this.”

Mark Watts, Executive Director of C40 Cities, said: “Achieving a green and just recovery from the COVID crisis is essential to create jobs, save lives and build the foundations for a zero carbon economy. London is a global leader on climate and with this Fund, Mayor Khan once again is setting an example for others to follow. Actions like these are how cities around the world can collectively deliver a Global Green New Deal.”

Jayne Clare, Managing Director, Energetik said: “We’re delighted to receive this funding which will be spent in two distinct areas. The first element will allow us to pilot and establish a methodology for retrofit connections at scale. Space heating and hot water accounts for over 20% of the UK’s carbon emissions and is one of the biggest challenges to decarbonising the UK. This project will help Energetik retrofit future-proofed, very low carbon heating infrastructure to existing homes to supporting Enfield and London with its decarbonisation targets. In addition, we’re very pleased to receive funding which will support the creation of a cross-borough, large scale heat network in north London. By providing our neighbouring boroughs with the same low-carbon heat we have access to, we are able to directly assist in their local decarbonisation plans.”

Syed Ahmed, Chair of Community Energy London said: “The Mayor’s London Community Energy Fund has been hugely successful in driving community-led action on carbon reduction and fuel poverty projects across the city. London is now in the vanguard of community energy and at the same time we are seeing more and more Londoners who want to get involved. We are excited with this new expanded fourth round of the London Community Energy Fund, and groups will continue to focus on delivering projects that support those communities most affected by the pandemic.”