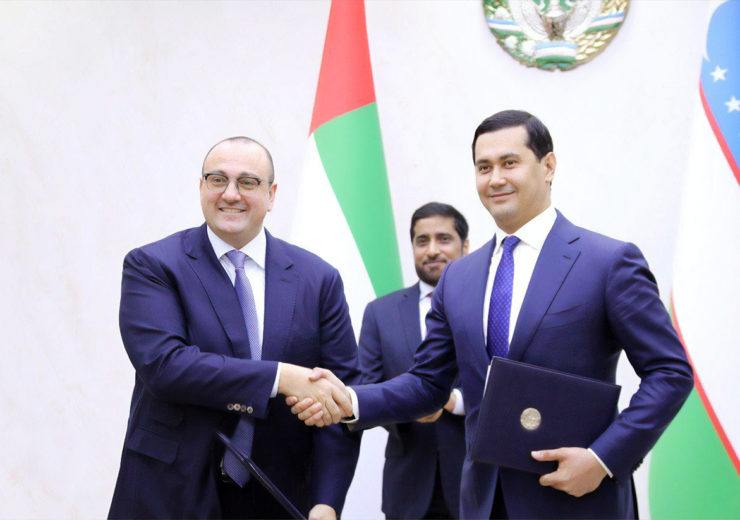 Image: The signing ceremony was held in Tashkent, the capital of Uzbekistan. Photo: courtesy of Masdar.

UAE-based energy company Masdar has entered into a power purchase agreement (PPA) and Government Support Agreement (GSA) with the Government of the Republic of Uzbekistan to build a 100MW solar plant in Uzbekistan.

The Abu Dhabi based company secured the tender after submitting the lowest tariff of 2.679 US cents per kilowatt-hour in the programme’s competitive auction.

Masdar CEO Al Ramahi said: “As a global leader in the development of commercially viable renewable energy in more than 25 countries, Masdar is honoured to partner with Uzbekistan in the realisation of this landmark solar energy project.

“At Masdar, we have an impressive track record in helping emerging markets to unlock the growth potential of renewable energy, not only in terms of attracting investment into the modernisation of their energy infrastructure but also their wider economy.

“We are excited to bring the knowledge and experience from our global portfolio to support the clean energy transition of Uzbekistan.”

For the transaction, the International Finance Corporation acted as an advisor to the Ministry of Investments and Foreign Trade and the Ministry of Energy to design and tender the PPP, which attracted over 40 bidders, under its Scaling Solar programme.

The Republic of Uzbekistan Minister of investments and foreign trade  Sardor Umurzakov said: “The signing of the Government Support Agreement with Masdar is a historical event, which proves again that the reforms and transformations begun under the supervision of President Shavkat Mirziyoyev three years ago have a non-reversible nature.

“We will continue to implement such projects in a transparent and competitive manner to find the solutions, which are the most acceptable for the benefit of Uzbekistan.”

Uzbekistan aims to develop 5GW of renewable energy by 2030

The solar project secured by Masdar is a part of Uzbekistan’s aim of building 5GW of renewable energy by 2030.

The country plans to install 1GW of solar PV power under the IFC’s Scaling Solar programme.

The power-producing capacity of the projects in which UAE-based Masdar is involved is nearly 5GW, representing a total investment of approximately $13.5bn.