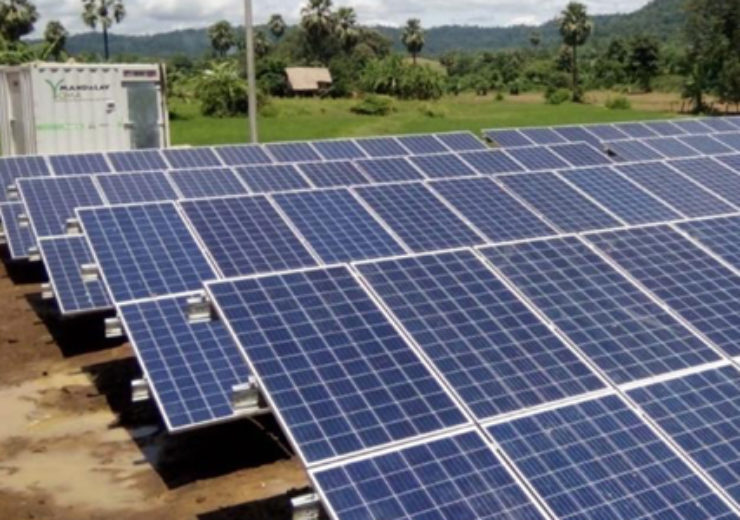 According to the International Energy Agency , decentralised solutions such as mini-grids are the most cost-effective option to deliver electricity to more than 70 percent of Myanmar’s population that do not have access to modern day forms of electricity today.

Mandalay Yoma Energy, a joint venture between GDF International SAS (GDFI), a member of the ENGIE Group (“ENGIE”) and Sol Partners Pte. Ltd. (“Sol Partners”) have officially opened the biggest mini-grid in Myanmar, providing electricity to close to 400 households in Lel Ma village, Magway region, Myanmar. The ceremony was attended by high-level representatives of the Myanmar government, including the Chief Minister of Magway region, Director General of the Department of Rural Development, the French Ambassador to Myanmar as well as the press.

In the near future, Mandalay Yoma Energy aims to provide access to energy to tens of thousands of households across rural Myanmar. The joint venture will also oversee the design, supply, installation and operation of solar and hybrid mini-grids, enabling significant socio-economic development.

The development of projects will be under the Department of Rural Development’s mini-grid programme that is aligned with the Myanmar National Electrification Plan 2030. Supported by the World Bank, the plan aims to electrify 100% of Myanmar’s households by 2030.

By combining ENGIE’s global expertise as an established leader in renewable energy and Sol Partners’ local experience as a leader across the renewable energy sector in Myanmar, the joint venture will promote access to clean and reliable energy, supporting Myanmar’s Government in reaching its goal of universal access to electricity in the country.

Paul Maguire, CEO of ENGIE Asia-Pacific said, “ENGIE continues to be a leader in the zero-carbon transition towards low-carbon power generation, with a key focus on championing electrification across the Asia Pacific region. As a testament of our support, we are pleased to partner with Sol Partners and establish Mandalay Yoma Energy as our joint venture in Myanmar to create future-ready, clean and sustainable energy solutions. This collaboration is a significant milestone towards our vision of providing 20 million people around the world with access to sustainable, decentralised energy by 2020.”

“Sol Partners is delighted to work with ENGIE on this landmark project. This investment demonstrates growing momentum for electricity access across remote areas of Myanmar and we see tremendous potential in the partnership as we strive to deliver sustainable energy access to more homes and enhance the quality of our services for end customers,” said Kapil Seth, CEO of Mandalay Yoma Energy and Director of Sol Partners Pte Ltd.