Mainstream gets approval for 200MW offshore wind farm in Vietnam

The project is the first phase of the 1.4GW Phu Cuong Soc Trang offshore wind farm, being developed as a joint venture between Mainstream and the Phu Cuong Group 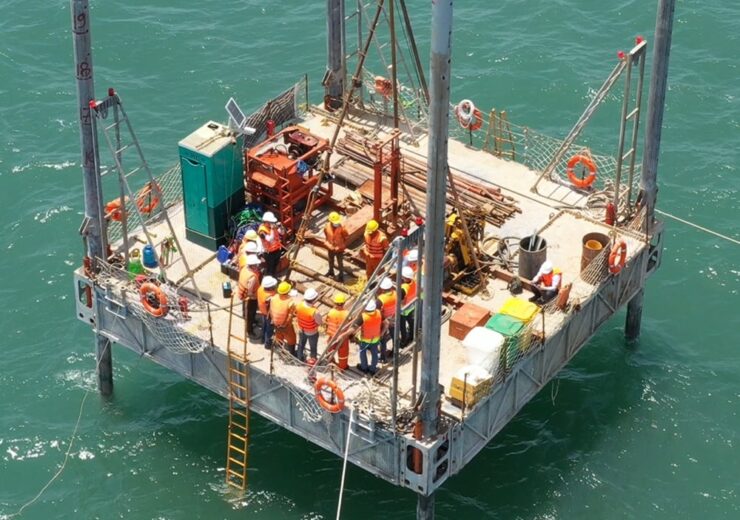 The 200 MW Phase 1 site has been subject to extensive surveys in readiness for construction to begin. (Credit: Mainstream Renewable Power.)

Mainstream Renewable Power has received a Decision on Investment and an Investment Registration Certification (IRC) from the provincial government of Soc Trang for the development of a 200MW offshore wind farm in Vietnam.

The project forms the first phase of the Phu Cuong Soc Trang offshore wind project, which is designed to have a total capacity of up to 1.4GW, once it is fully completed.

It is anticipated to reach financial close in 2022, with first power to commence as early as 2023.

“This wind farm, which will be the largest in the region, will play a key role in accelerating the development of Vietnam’s economy by promoting the growth of industrialization.

“The government’s supportive policies to promote renewable energy are important for promoting foreign direct investment in co-operation with Vietnamese partners.”

The Phu Cuong Soc Trang offshore wind farm is being developed as a joint venture between Mainstream and its Vietnamese partner the Phu Cuong Group.

Mainstream owns a 70% stake in the project, while the Phu Cuong Group owns the remaining 30% stake.

The project development is planned in a multi-stage development approach, where the first 200MW capacity will be delivered in Phase 1 and the remaining 1,200MW thereafter.

Wind measurement campaign and other site studies at the project have been completed.

Also, the company is progressing the procurement process to select a wind turbine supplier and balance of plant contractor for the project.

Mainstream intends to work together with Vietnam’s national electricity company EVN to finalise the grid connection agreement, and Power Purchase Agreement (PPA) for the project.

Mainstream APAC general manager Cameron Smith said: “We are excited to be a part of Vietnam’s energy transition with the Phu Cuong Soc Trang project, which is being developed to the highest international standards, drawing on Mainstream’s extensive experience.

“Being leaders in renewable development in many countries, we understand the importance of community engagement, and we are pleased to have had such positive support from the Soc Trang community.

“We commend the government for the progress made in encouraging the development of renewable energy in Vietnam to date.

“The Phu Cuong Soc Trang project promises to be a catalyst for the development of a true offshore wind industry of a scale that will promote the achievement of net zero by 2050.”

Mainstream has been operating in Vietnam from 2016, and the company has been developing 2.3GW of solar and offshore wind assets since then.