Maersk Drilling and Aker BP have signed a contract to deploy the Maersk Integrator jack-up rig at the Ula oil field located in the Norwegian shelf. 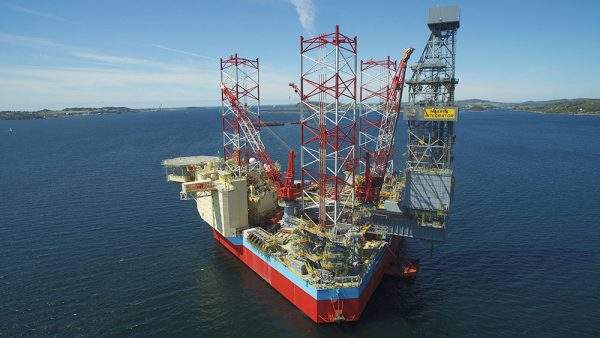 The one-year contract, which is effective from June 2019, is based on an agreement signed between the two firms and American oil field services company Halliburton in 2017.

The alliance seeks to implement digital solutions in a bid to lower the cost per barrel and increase profitability. It also aims to increase collaboration efficiency, and standardization and simplification of processes.

Aker BP said that the Maersk Integrator will be the first rig to be contracted fully under the scope of the alliance.

“This is the first contract fully founded on our alliance framework. With shared incentives, all parties will work as one team towards delivering safe and efficient operations at the lowest possible well cost.”

The Maersk Integrator is an XL Enhanced ultra-harsh environment jack-up rig developed for operations in the North Sea.

As part of the alliance framework, Halliburton will provide services for the new campaign at the Ula field.

Aker BP Drilling and Wells senior vice-president Tommy Sigmundstad said: “With this contract, we will truly see the value of our alliance as we work together to reduce waste and lower the cost per barrel on Ula.

“The collaboration between our companies is under continuous development due to the alliance, and we expect to gain more and more mutual benefits from working together in new and innovative ways.”

Through the five-year agreement, the three firms aim to explore ways to increase the efficiency of drilling campaigns, set up goals and incentives, include integrated project organizations, and aligned safety procedures.

The agreement has the option to extend for an additional five years.