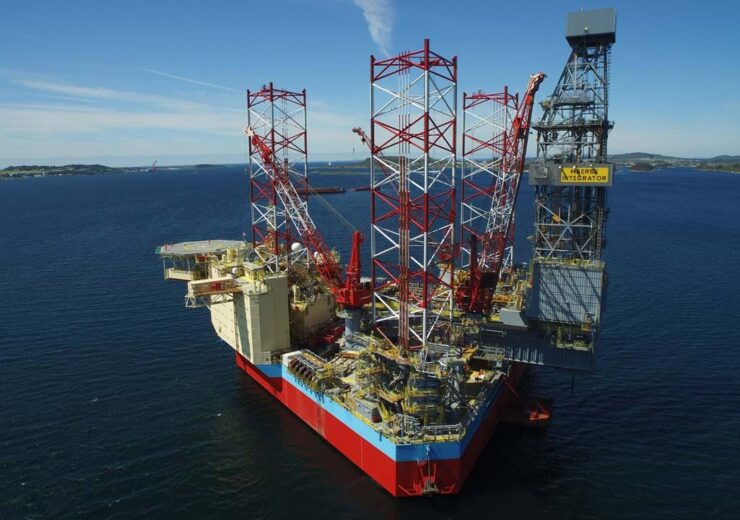 Maersk Drilling has been awarded a one-well contract from OMV (Norge) AS for the low-emission jack-up rig Maersk Integrator. In direct continuation of its previously announced work scope, the rig will drill one exploration well in the Ommadawn prospect in PL 970 offshore Norway. The contract is expected to commence in mid-2021, with an estimated duration of 52 days. The firm contract value is approximately USD 14.3m, including mobilisation, but excluding integrated services provided and potential performance bonuses. The contract further includes an option to add approximately 28 days of well testing.

Maersk Integrator is currently undergoing a series of upgrades to combine the use of hybrid power with low levels of NOx emissions, adding data intelligence to further reduce energy consumption and CO2 emissions. The performance bonus schemes included in the contract with OMV are based on rewarding reduced fuel consumption and reduced NOx emissions during the drilling operations.

“We’re pleased to add this additional work scope for Maersk Integrator in 2021, and to enter into a new type of collaborative contractual set-up with OMV where we will focus on aligning incentives in the planning and execution of the drilling operation which again is expected to significantly reduce the uncertainty about overall well construction costs for our customer. We believe this kind of commercial model has the potential to increase exploration drilling activity in Norway and across the North Sea. The contract further shows the commercial value of our low-emission upgrades. By reducing fuel consumption, CO2 emissions and NOx emissions we are not only making contributions towards reaching emission targets, but also create value for our customer under the incentive schemes established in Norway,” says COO Morten Kelstrup of Maersk Drilling.

Maersk Integrator is an ultra-harsh environment CJ70 XLE jack-up rig, designed for year-round operations in the North Sea. It was delivered in 2015 and is currently operating offshore Norway.