M2 Cobalt, through its wholly-owned subsidiary Eurasian, has signed an agreement with Olympic Minerals, to acquire four exploration licenses (ELs) in the Republic of Uganda. 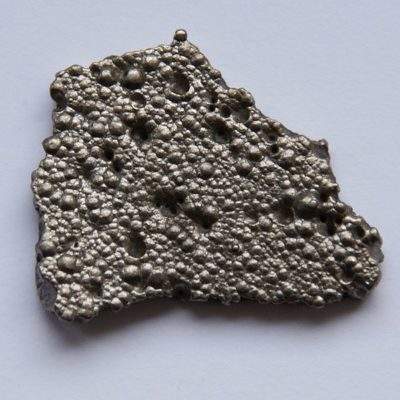 Spanning nearly 850km2, the ELs acquired are contiguous with, or located in close proximity to, the Company’s existing Kilembe-area and Bujagali exploration licenses which, at present, consist of seven licenses totaling 1564km2.

Three of the newly acquired ELs, which comprise approximately 515 km2, are located contiguous with, or in close proximity to, the Company’s existing Kilembe-area exploration licenses. This acquisition more than triples the size of the Company’s Kilembe-area footprint. On completion of the Acquisition, the Company will control five licenses located on trend with, or near to, the past-producing Kilembe mine, which was previously operated by Falconbridge Ltd. and produced over 16 million tons of ore, grading 2.0 % copper (“Cu”) and 0.17% cobalt (“Co”), between 1956 and 1977.

Two of the new ELs are situated on the western extent of the eastern branch of the Great Rift Valley within the Rwenzori fold belt, which hosts the past-producing Kilembe mine and are contiguous with the Company’s two existing Kilembe-area licenses (EL 1673 and 1674).  The third EL is located approximately 50km due east of the Kilembe mine, on the eastern escarpment of the Great Rift Valley, and according to the vendor, has known occurrences of gold and copper mineralization in the form of malachite and azurite. This, combined with conducive lithology, extensive structural deformation and three small historic base metals mines nearby, adds to the mineral potential of this land package.

The Company announced final results from its VTEM™ airborne geophysical survey at its Kilembe-area licenses (ELs 1673 and 1674) on July 5, 2018. The VTEM Surveys were designed to discover deposits with similar “signatures” to the deposits which produced significant amounts of high grade copper and cobalt while the Kilembe mine was operational. In addition to the two “drill-ready” high priority targets announced, the VTEM surveys confirmed a further 719 targets across both Kilembe-area licenses, of which 80 are considered high priority. The Company’s ground crews have since undertaken detailed follow-up work, including geochemical sampling programs in and around the high priority targets identified in the VTEM survey. This process has enabled the Company to delineate specific drill collars for an initial drill program at its Kilembe-area licenses and also validates the acquisition of the new ELs at this time.

The newly-acquired EL in Bujagali is 334.6 km2 and is an extension west and south of the Company’s existing Bujagali licenses where 5 large-scale cobalt anomalies (Waragi, Ridge, Bell, Club and Nile) have already been identified.

Based on the results of its recently completed Phase 1 work program, the Company believes this region is highly prospective for Katanga-style sedimentary hosted copper-cobalt mineralization As in the Company’s adjacent areas in Bujagali, this new EL similarly hosts a major fold and thrust belt that spans the contacts between the Bujagali Basalt and older phyllites, shales and schists.

The lithology and structure which hosts the Company’s known targets extends on to this newly-acquired EL where initial rock grab samples have shown 0.65% Co and 0.18% Cu similarly hosted in meta-sediments.  This new EL is a key strategic piece in the evolution of this potential regional play and provides the Company with a very large contiguous block of land which now spans 4 licenses. Going forward, it will be an immediate exploration priority for the Company’s geological team.

The Company will acquire the ELs via its wholly-owned Uganda subsidiary, Eurasian. The vendor, Olympic, is a Uganda incorporated company and is an arms-length party to the Company. In consideration for the Acquisition, the Company will:

Simon Clarke, Chief Executive Officer of the Company, commented “we are extremely pleased to acquire these additional exploration licenses at this time; they significantly expand our already large asset package. These licenses are also highly strategic as they are contiguous with, or adjacent to, key areas where our phase I exploration program generated strong results and highlighted a number of large discoveries and priority targets.

“With the acquisition of these additional ELs, the Company is now even better positioned to expand its potential for large scale copper-nickel-cobalt discoveries from 3 different styles of mineralization across numerous target areas.”