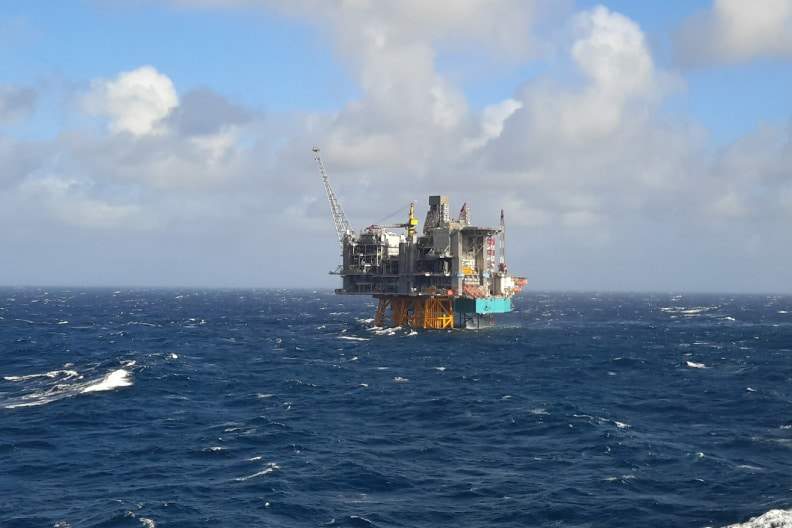 Image: The drilling rig at the Edvard Grieg field in the Norwegian North Sea. Photo: courtesy of Lundin Petroleum.

Following the drilling program, the firm has upgraded reserves which led to the extension of field production plateau from the PDO by two years to end 2019.

Since start of production in late 2015, the field’s total gross production amounted to 74 million barrels of oil equivalent (MMboe) till the end of the first quarter 2018. The field is located in production license 338 (PL338).

The drilling program involved 14 development wells, which have been completed using Rowan Viking jack-up drilling rig and under budget. The rig is now being demobilized.

Lundin Petroleum president and CEO Alex Schneiter said: “Edvard Grieg is a key asset for Lundin Petroleum. I am very pleased with the performance of the field on all fronts and convinced that we will eventually see the gross ultimate recovery grow to over 300 MMboe.

“The exciting tie-back opportunities in the area have the potential to double the volumes produced through Edvard Grieg, allowing us to keep the facilities full for many years to come.”

Lundin said that the drilling program has led to a 47% increase of the best estimate gross ultimate recovery to more than 300 million barrels of oil equivalent.

The firm is planning to commence an infill development drilling in 2020 to further extend the field’s production plateau.

In order to refine the infill well targets, the firm is acquiring a 4D seismic survey over the field in 2018.

“The resource upside at Edvard Grieg and the additional resource potential in the area are incremental to Lundin Petroleum’s long-term production guidance and have the potential to keep the Edvard Grieg facilities full for many years, maintaining the current operating cost for the field of below USD 4 per barrel,” Lundin said in a statement.

Lundin Norway operates the PL338 with 65% stake while other partners include OMV with 20% interest and Wintershall with 15% stake.