The joint venture will be based at Meretoyakhaneftegaz LLC, a Gazprom Neft subsidiary 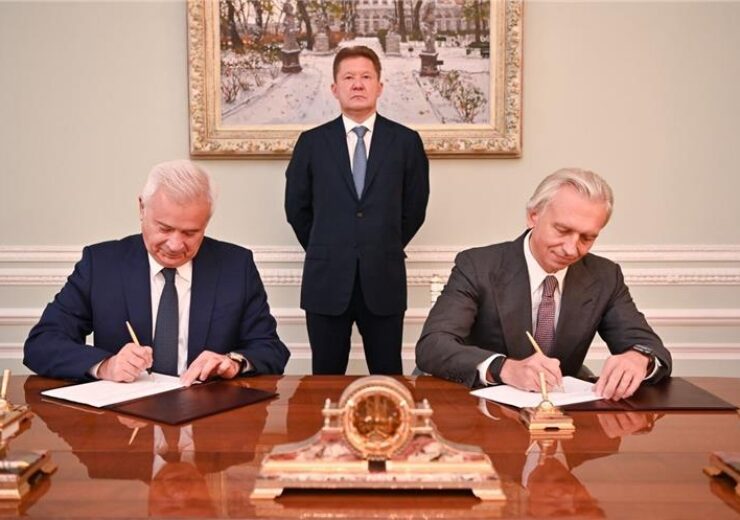 PJSC LUKOIL and PJSC Gazprom Neft concluded an agreement on creating a joint venture to develop a major oil and gas cluster in the Nadym-Pur-Tazovsky area of the Yamal-Nenets Autonomous District. The document was signed by Vagit Alekperov, President of LUKOIL, and Alexander Dyukov, CEO of Gazprom Neft PJSC, in presence of Alexey Miller, Chairman of the Management Committee of Gazprom PJSC. ​

The joint venture will be based at Meretoyakhaneftegaz LLC, a Gazprom Neft subsidiary. The Tazovskoye oil and gas condensate field, which was put on-stream this June, will be at heart of the new production area. The venture is also to develop the Severo-Samburgskoye and Meretoyakhinskoye fields, as well as two Zapadno-Yubileiny license blocks. These areas currently undergo additional appraisal and pilot works, on which basis a development strategy for the cluster will be developed. Total reserves initially in place at this new cluster stand at over a billion tonnes of oil and about 500 bcm of gas. A considerable proportion of the reserves initially in place lie within the Achimov Formation and are categorised as hard-to-recover reserves.

Meretoyakhaneftegaz is the first asset to be managed by LUKOIL and Gazprom Neft on a parity (50:50) basis. Over the next few months, the parties plan to prepare detailed binding documents on establishing the joint venture, as well to secure all necessary corporate and regulatory approvals.

The companies will also look into further opportunities to expand their cooperation on several lucrative projects in their regions of operation in Russia.

“LUKOIL has always been putting a premium on homeland projects; we see great prospects for them. The Company is interested in increasing its investment both into upstream and downstream projects in our country. We are actively developing new fields in West Siberia, Timan-Pechora, the Caspian and Baltic Seas, as well as in other Russian regions. We also keep implementing selective deep conversion projects at our refineries in Russia. Gazprom and Gazprom Neft has been our strategic partners for many years. Together, we can combine the best Russian technologies to develop this new massive hydrocarbon cluster in the region we consider strategic – the Yamal-Nenets region. Its development will ensure additional hydrocarbons output, extra tax revenues to Russian budget, and have a multiplier effect for related industries,” said Vagit Alekperov, President of LUKOIL PJSC.

“Inviting a partner to develop an asset in polar regions, which is important for Gazprom Group, falls in line with Gazprom Neft’s strategy, aimed, among other things, at further growth in the Arctic and efficient introduction of complex geology fields. A collaborative development of solutions to the challenges posed by hard-to-recover reserves is an essential task for oil and gas companies. Its accomplishment will significantly increase the resource potential of the industry. This deal supports further evolution of our strategic partnership with LUKOIL,” said Alexey Miller, Chairman of the Management Committee, Gazprom PJSC.

“Developing those fields covered by our joint venture with LUKOIL is a critical task – for our entire industry. This joint venture, bringing together our financial and technological resources, will see us working on developing hard-to-recover reserves, including producing oil from Achimovsky strata. This, in turn, will create new jobs – and extra tax revenues – at every level, as well as facilitating further technological development, for both our company and the entire wider ecosystem of contractors and equipment producers,” noted Alexander Dyukov, CEO, Gazprom Neft PJSC.