Lucapa begins commissioning of treatment plant at Mothae mine in Lesotho

Lucapa Diamond Company and the Government of the Kingdom of Lesotho announced that the commissioning of the 1.1Mtpa treatment plant has commenced at the high-quality Mothae kimberlite diamond mine in Lesotho. 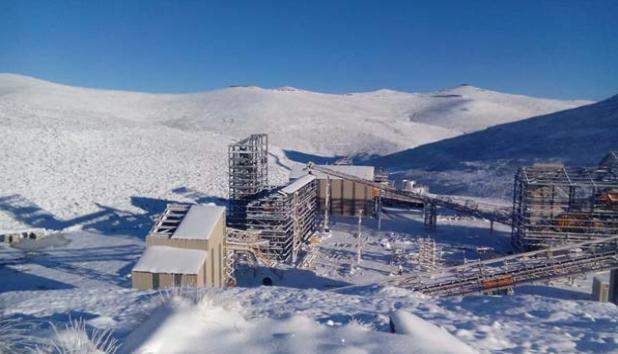 First commercial diamond recoveries are expected from the Mothae mine in early November 2018, complementing production from the high-quality Lulo alluvial diamond mine operated by Lucapa in Angola.

Production from the 1.1Mtpa Mothae treatment plant, which incorporates two XRT diamond recovery circuits, will be ramped up to its nameplate capacity throughout the December Quarter.

The commencement of production from the new 1.1Mtpa diamond treatment plant will see bulk sampling operations concluded at Mothae, with the staff now transitioning to the commercial diamond plant.

More than 4,100 carats of diamonds have been recovered from the bulk sampling of areas within the Mothae kimberlite pipe which had not previously been tested (and thus not included in the Mothae JORC resource1 ), or had been inadequately tested during the previous trial mining phase . These included Specials (large diamonds >10.8 carats) of up to 89 carats.

The recovery of these large diamonds from the bulk sampling program conducted by Lucapa at Mothae is consistent with the recoveries made during trial mining operations conducted between 2008 and 2012.

Approximately 23,400 carats of diamonds were recovered during the trial mining phase, including Specials of up to 254 carats (boart) and 96 individual stones weighing more than 10 carats. Certain of these trial mining diamonds achieved sale prices of up to US$57,000 per carat.

Mothae is located within 5km of Gem Diamonds’ Letseng mine, which produces the world’s highest average US$ per carat kimberlite diamond production.