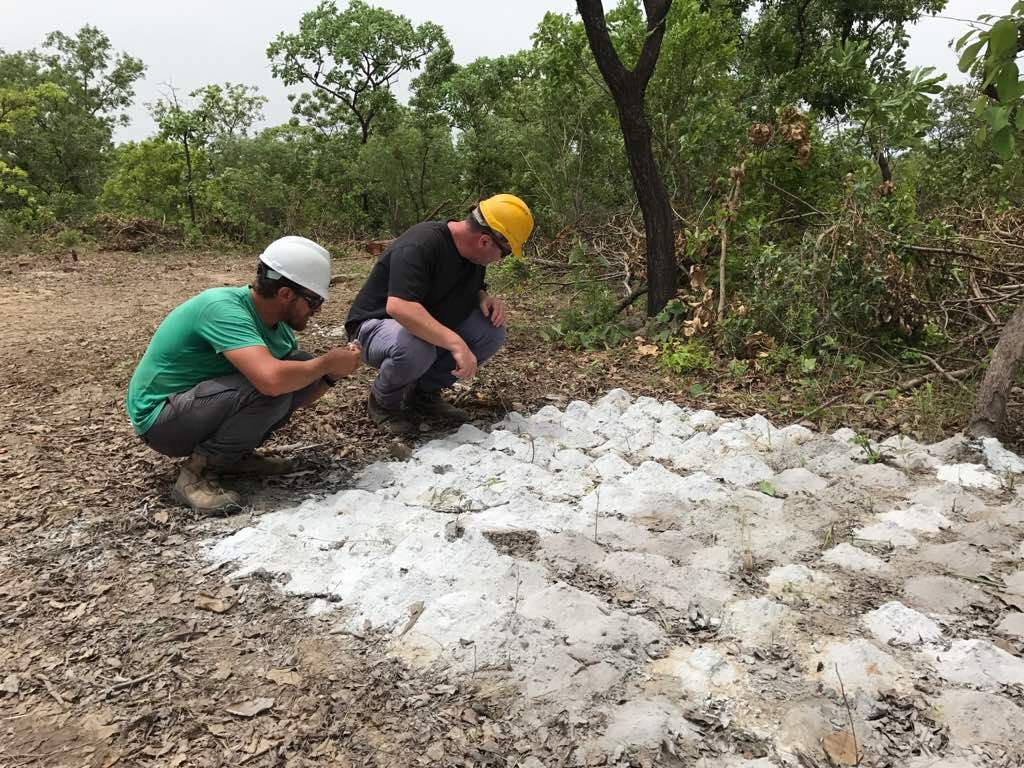 Thanks to lithium mining in Mali, Kodal Minerals CEO Bernard Aylward has the confident demeanour of a man whose company’s time may have come.

In September 2016, the London-listed lithium exploration and development firm snapped up for a song a promising play in the south of the landlocked West African nation.

Two years and 35,000m of drilling later, the Bougouni project is beginning to bear fruit.

Add to that a £6m strategic investment and offtake agreement with Suay Chin International – a Singapore-based trading company with an established footprint in the Chinese lithium carbonate manufacturing market – and Aylward is understandably feeling bullish about the future.

“We believe we have a very strong, robust operation with a very high potential to move to mining,” he says. “Preliminary optimisation studies confirm the possibility of a ten-year-plus mine life and the probability of the mining operation producing high margins and cash flows over a long period.

“We want to take advantage of the current lithium market and move quickly into production in 2020.”

Lithium is a central component of the lithium-ion batteries that now power virtually every indispensable modern gadget, from electric vehicles (EVs) to smartphones and laptops – and global demand is spiking.

According to a September 2017 report by Zion Research, lithium-ion batteries account for around 35% of the total mined lithium worldwide, and that figure is set to increase to 70% by 2025.

“The lithium sector is on a wave into the future – the take up is huge,” says Aylward. “Firstly, we’re seeing the take-up of lithium-ion batteries for electric vehicles, driven by government regulations that are looking to move away from diesel and petrol cars in high-density cities and urban areas.”

By 2040, electric vehicles could account for 51% of all vehicles sold globally. The UN Climate Change Conference also recently reaffirmed a target that all cars and vans would be zero-emission by 2050.

“Secondly, there is personal demand,” Aylward continues. “People not only want more flexible EVs, they also want to make a statement with small, portable devices such as mobile phones and laptops.

“Finally, battery technology is improving and we can see the benefits. Batteries have a longer life, better recharging, more uses – including for green energy storage – and are more affordable.”

Kodal will use open-pit mining to exploit the reserves at Bougouni, using a dense-medium separation (DMS) concentrator to produce spodumene, the only commercial lithium mineral that can produce battery-grade concentrate.

“Lithium should be regarded as the mining of a bulk commodity – it’s not like iron ore but we regard it as the same style,” Aylward says. “We will be mining a hard rock deposit. The concentrator will then produce a spodumene concentrate, which we will sell as per the offtake agreement.

“The mineralisation at Bougouni is outcropping – it’s shallow, it’s amenable to open pit mining and we have a well-understood concentrate process.”

The ability to produce on-site a low-impurity battery-grade product from its lithium mining in Mali is a key selling point for Kodal.

“Lithium sometimes has high iron content as well as other impurities, which require a second-phase process,” Aylward explains. “As you move into second and even third phases the costs incrementally increase and it is more difficult to produce a battery-grade product. Our test work consistently shows that our product is high grade.

“We have the right partner and the uptake agreement in place, we have a quality product that we already have a market for, and we have the support of the Mali Government to assist us in getting the mining licence and moving rapidly to production.”

Such support is invaluable. Negotiating stakeholder, political, regulatory and reputational risks prior to investing in foreign jurisdictions is now a business imperative for both multinational mining companies and junior players.

In Mali, widespread artisanal gold mining in the west of the country has in the past fuelled child labour, as well as the uncontrolled use of harmful mercury. Militants fighting in the north has also created instability in the country.

However, Aylward points out that the West African nation has a rich mining history and that Kodal Minerals already has a significant footprint when it comes to lithium mining in Mali, as well as additional gold exploration properties there and in Cote D’Ivoire.

“Mali is pro-mining jurisdiction with a long history of gold mining,” he says. “Companies operating in the country include Randgold, AngloGold Ashanti and Resolute, so major and medium-tier producers as well as junior explorers and developers already have a presence there.

“Mali also has a well-established mining code and a strong interest in diversifying its industry so that it is not solely focused on gold.”

Mining in poor, yet resource-rich countries such as Mali can bring great socio-economic benefits such as job creation and improved standards of living.

However, the industry also has a chequered record when it comes to environmental stewardship, and risks around corruption and resettlement mean mining operations often have the potential to disproportionately impact a nation’s poorest citizens.

“Social and environmental impact is key, as we are operating in someone else’s country,” says Aylward. “Our DMS concentration operation is a low-impact, low-chemical treatment process, and we intend to continually recycle and reuse a lot of our consumables.

“Bougouni is a small farming community. We have already started our environmental and social impact assessment (EISA), and will be bringing jobs as well as other development and community benefits.”

Kodal plans to conclude metallurgical test work and bulk sampling at Bougouni in Q4 2018 and to register its application for a mining licence in the first half of next year.